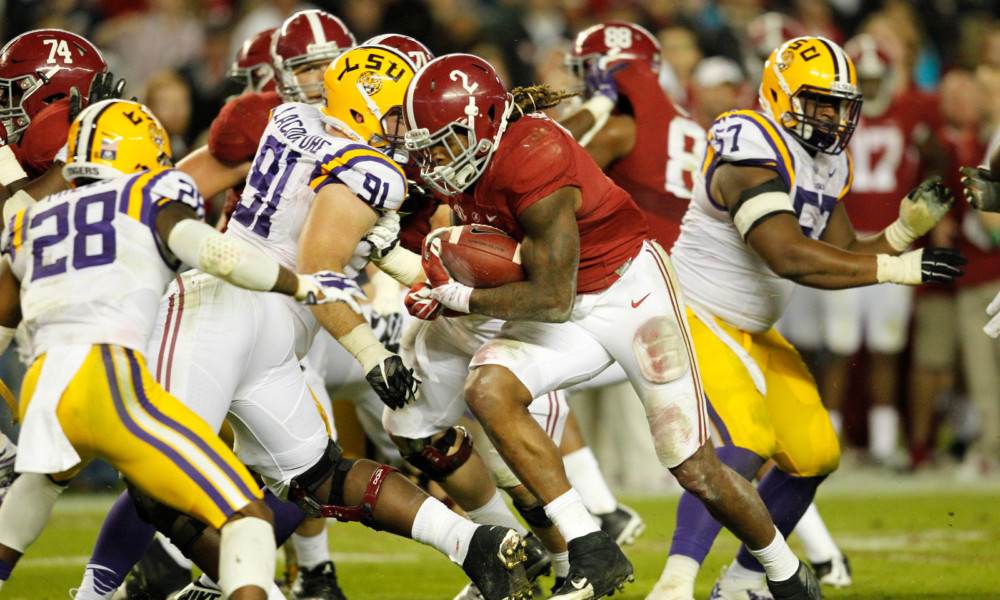 Prior to being an analyst for SEC Network and NFL quarterback, Tim Tebow was a quarterback for the Florida Gators. He accomplished many things, including two national championships and a Heisman Trophy in 2007.

Tebow also held the record for most games with a rushing touchdown (14), a mark that may be broken this week by Alabama running back Derrick Henry.

Henry tied the record last week against LSU on his first rushing score, a two-yard touchdown run in the second quarter. The junior will lead Alabama into Davis Wade Stadium (Starkville, Miss.)  this week to face Mississippi State.

He has 17 rushing scores on the season, but needs only one for the conference record books. Henry spoke to the media after Crimson Tide head coach Nick Saban spoke Wednesday afternoon. He said it’s about being focused after an emotional win.

“It is a mindset thing,” Henry said. “You just have to stay hungry.”

Henry totaled 38 carries against the Tigers in a 30-16 win. Coach Saban said it was not the focus to give him that much of a task, but Henry did not mind. He said he wants to help the offense.

“I don’t mind the work load at all,” Henry said. “I just want to help the team get a win. The offensive line did a great job blocking for me to have success. I just got to credit them.”

The 6-foot-3, 243-pound Henry is averaging 139.3 rushing yards per game and has 1,254 yards on the season. He is now a huge frontrunner in this year’s Heisman conversation, after totaling 210 yards with three touchdowns against LSU.

Mississippi State is ranked 11th nationally in scoring defense (17.2 points per game), but it has issues against the run, allowing 167.7 yards.

Listed below is a video from Henry’s interview, courtesy of Touchdown Alabama Magazine.