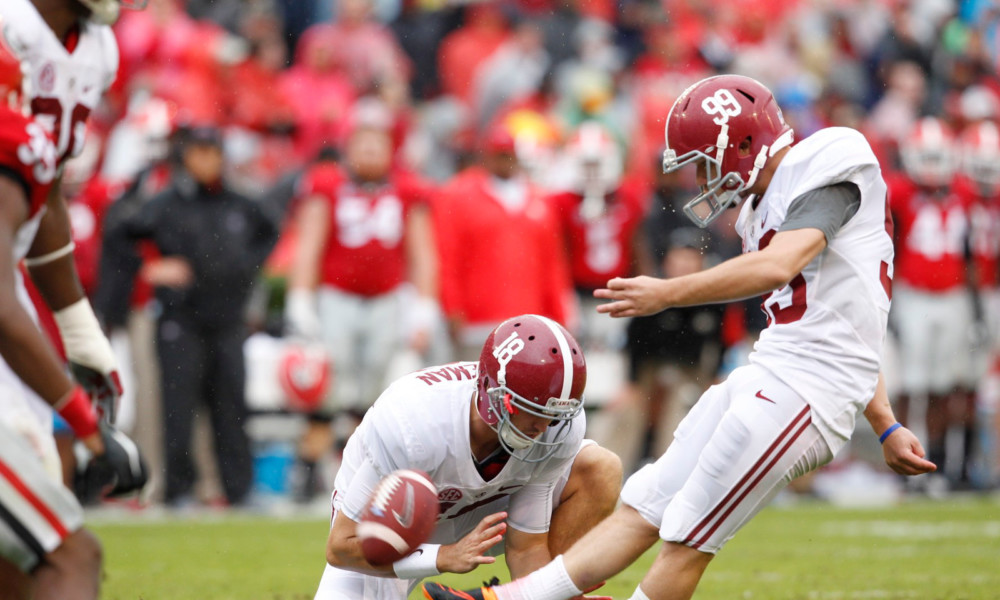 Alabama center Ryan Kelly and kicker Adam Griffith were both instrumental in the team’s 30-16 win over LSU last week.

The Southeastern Conference recognized both players Monday morning as honorees for the week.

Kelly, a senior, was named offensive lineman of the week.

He blocked for 434 total yards, with 250 coming on the ground. Kelly guided Alabama running back Derrick Henry to 210 rushing yards and three touchdowns on 38 carries.

Kelly, Griffith and Alabama will face Mississippi State this week at Starkville, Miss.