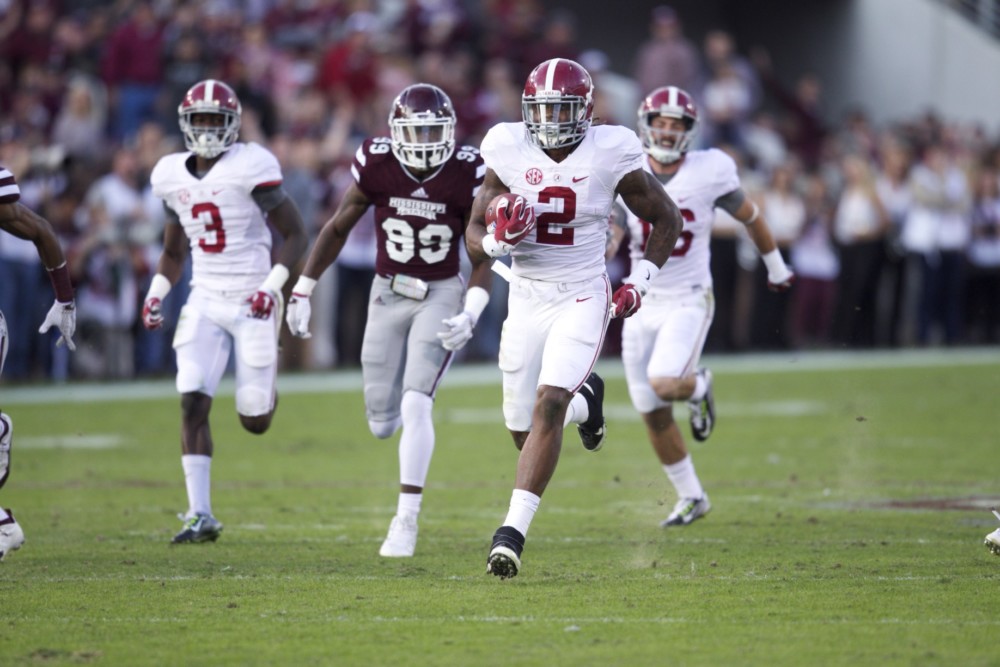 Alabama running back Derrick Henry is on a mission.

Regardless of what the Heisman committee does, Henry has been recognized by the Southeastern Conference four times this season. The junior was named offensive player of the week Monday morning after totaling 204 rushing yards and two touchdowns against Mississippi State.

Henry has accounted for three 200-yard rushing games against SEC schools, and now holds a conference record for most games with a rushing touchdown. He’s scored a touchdown in 15 consecutive games, the most by any SEC player in the last decade.

Both of Henry’s touchdown runs came at inopportune times for the Bulldogs. His 74-yard score in the second quarter lengthened Alabama’s advantage to 21-3, while 65-yard score in the third quarter would stand as the final points of the game. He finished the run with a nice stiff arm.

He and Alabama will face Charleston Southern this week inside Bryant-Denny Stadium.