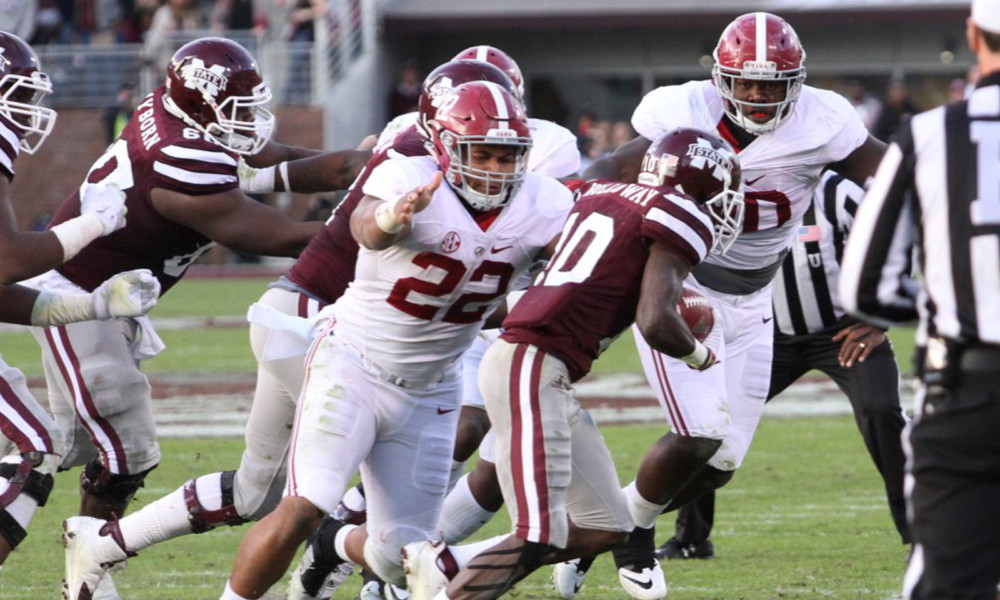 Allen wreaked havoc on the Bulldogs’ offensive line in his pursuit of Prescott.

He and the Crimson Tide’s front seven sacked Prescott nine times, the most by a Nick Saban defense since his arrival in 2007.

Alabama stands second in the nation with 38 sacks, according to ESPN. It trails only Penn State, which has 42. Allen leads this year’s group with nine sacks and 11.5 tackles for loss.

The Tide will face Charleston Southern this week at Bryant-Denny Stadium.