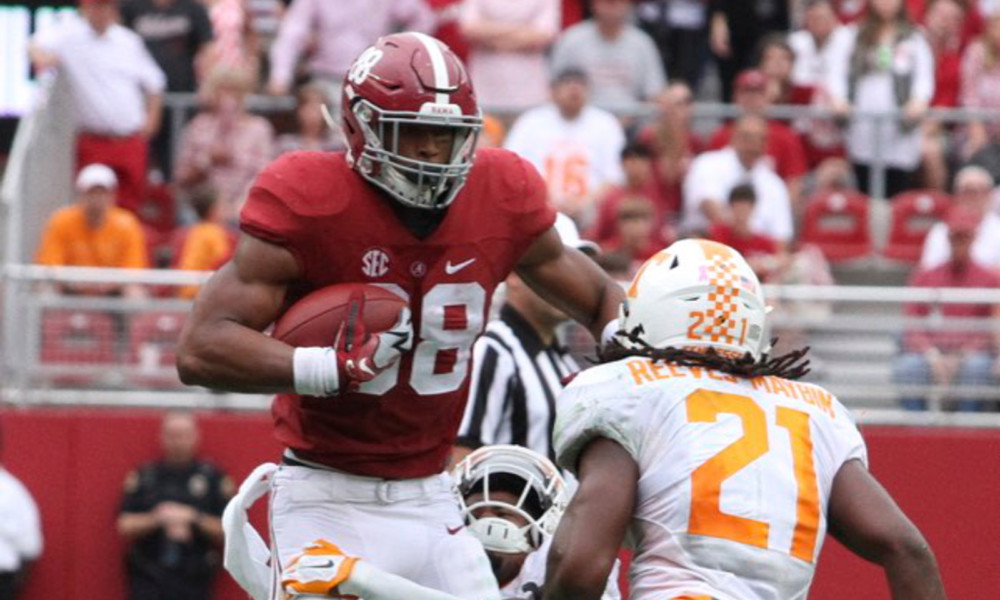 Alabama tight end O.J. Howard was one of eight semifinalist named for the John Mackey Award Monday morning. The honor is bestowed annually upon the nation’s best tight end.

Howard has been productive this season, totaling 29 catches for 323 yards. The junior has averaged  11.1 yards per catch, with 15 of his grabs resulting in first down conversions.

He has yet to recorded a touchdown reception, yet Howard is much improved as a run blocker. At 6-foot-6, 242 pounds, Howard has created run lanes for Alabama’s backs to total 199.3 rushing yards per game. The Crimson Tide ranks fifth in the Southeastern Conference in rushing yards per game and touchdown with 22, Derrick Henry has 19 of them.

Howard also does good work in the community.

He is a regular visitor of Children’s Hospital in Birmingham, Ala., and in New Orleans, La. In his hometown of Prattville (Ala.), Howard worked closely with the Field of Dream Foundation. It is an organization that helps build baseball and softball fields for special needs children.

He’s even spent time as a mentor at the Rock Quarry Middle School, as well as visit veterans and the elderly at Tuscaloosa’s VA hospital. The John Mackey Award is a member of the National College Football Award Association (NFCAA).

It encompasses the most prestigious awards in college football. Howard and Alabama will face Charleston Southern this week at home.