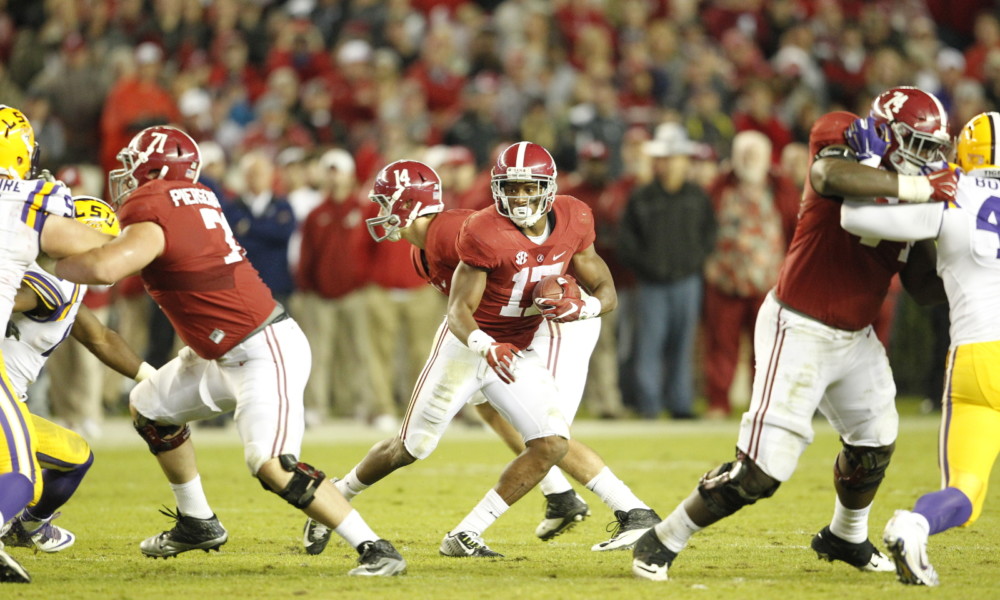 Alabama running back Kenyan Drake is no feline, yet he has been given another chance to compete despite a medical issue. The senior fractured his right arm last week against Mississippi State on kickoff coverage. He had a successful surgery Monday, according to Crimson Tide head coach Nick Saban and is projected to return in a “couple of weeks.”

Drake’s diversity as a player makes Alabama’s offense dynamic. He had 333 rushing yards, 234 receiving yards, 287 kick return yards and two touchdowns, prior sustaining an injury. His athletic abilities and leadership will be missed, but the team is ready to see what running backs Bo Scarbrough and Damien Harris can do. Both players are  five-star athletes.

Coach Saban said in Monday’s presser that both Scarbrough and Harris will have to play a role.

“They’re young guys, so are they going to step up to the challenge and compete and show the maturity you need to get ready to play a game? And play it well? And do it on a consistent basis? That’s the challenge for all young guys,” Saban said.

Saban has built this program on a “Next man up” mentality, meaning be ready when your number is called or when opportunity comes knocking. The Crimson Tide can have Drake back by the College Football Playoff, but as for Scarbrough and Harris, they  must answer the bell this week.