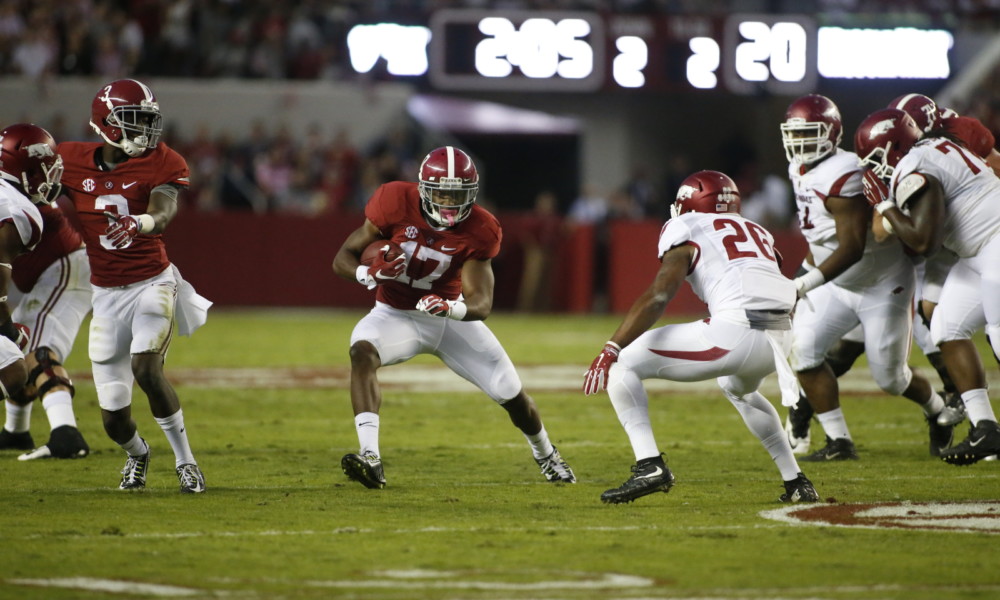 Both guys were limited last week and did not play against the Buccaneers.

Fitzpatrick, a freshman, is fourth on the team in tackles (39) and has two interceptions returned for touchdowns. Jackson, a senior, anchors an offensive line that’s averaged 417.2 yards a game.

As for senior running back Kenyan Drake (arm), Saban said he will start individual drills this week.

Drake fractured his right arm two weeks ago against Mississippi State in the first half.

“Kenyan Drake’s gonna start doing individual drills this week,” Saban said during his Monday press conference. “It’s day to day to see how he progresses and see how he regains the functional use of his hand and arm.”

Alabama will travel to Jordan-Hare this week for its annual Iron Bowl match against Auburn.