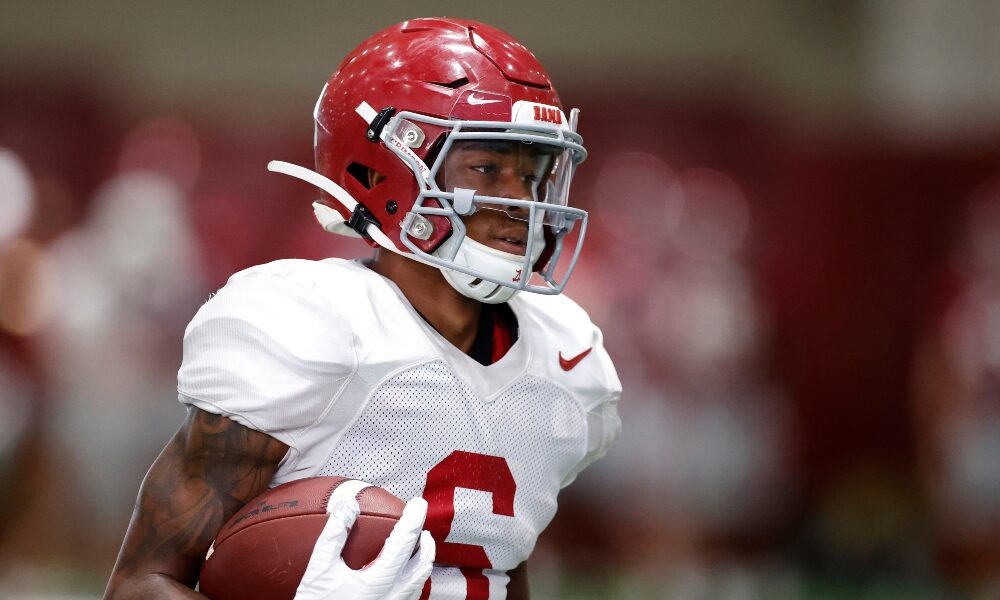 This will be one of two Pro Days the Crimson Tide will have as the second day will come next Tuesday, March 30 which will also be broadcast on the SEC Network.

-SEC Network analyst confirmed Tennessee Titans head coach Mike Vrabel was in attendance but was difficult to make out other coaches due to social distancing.

-McElroy reported that the bench press, vertical jump and broad jump were all already completed.

-Alabama wide receiver DeVonta Smith told McElroy he will likely not participate in either of Alabama’s Pro Days and may conduct a private workout for NFL teams.

Mac Jones on the vert: 32. pic.twitter.com/srA6XL3Fya

-Patrick Surtain ran an unofficial 4.42  and 4.44 on his 40-yard dashes per SEC Network broadcast.