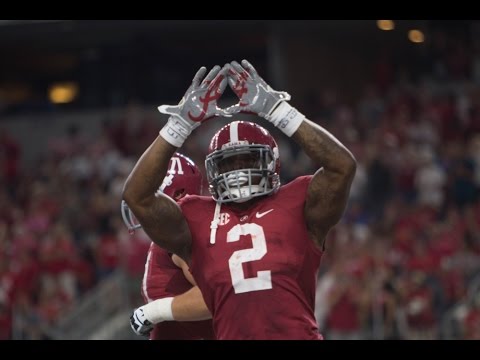 It has been a season to remember for Alabama running back Derrick Henry.

He stands as the Crimson Tide’s season record holder in rushing yards (1,797) and touchdowns (22). The junior has rushed for a score in 17 straight games and chimes in with four 200-yard rushing performances. He was selected as one of five finalist for the Walter Camp National Player of the Year, courtesy of the Walter Camp Football Foundation. Henry joins Baker Mayfield, Deshaun Watson, Christian McCaffrey and Desmond King.

Henry’s performance in Alabama’s 29-13 win over Auburn was historic. He totaled 271 rushing yards and a score on a school-record 46 carries. His 271 yards surpassed Auburn great Vincent “Bo” Jackson (256 in 1983) for most in an Iron Bowl game. Henry can win this year’s Heisman Trophy with a good outing against Florida.

He is currently a finalist for the Maxwell Award and Doak Walker Award.