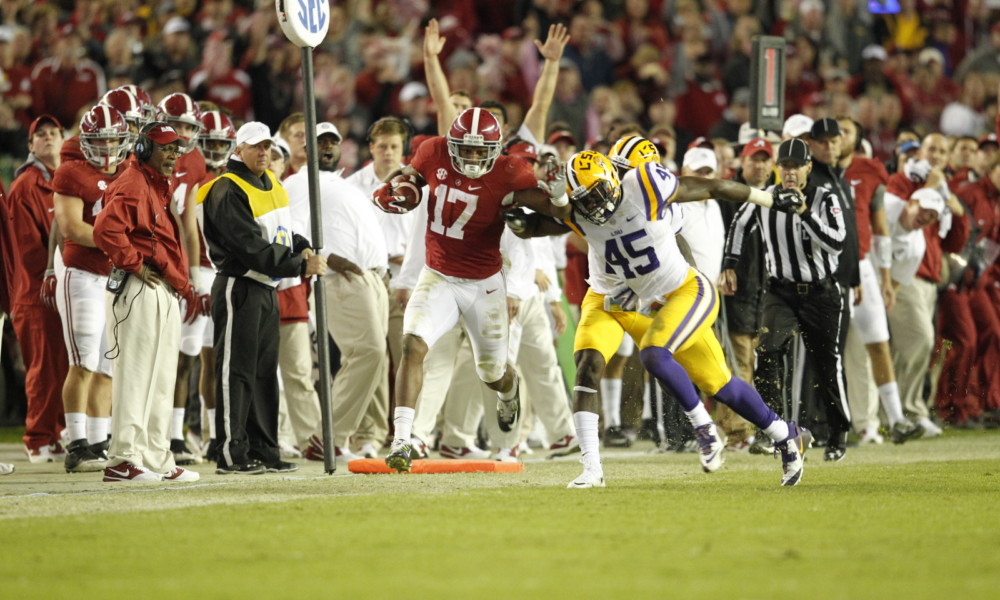 “To appreciate his [Henry] style you have to look at his production,” Saban said. “His size and speed are tremendous assets, but his instinctive ability as a runner and his power as a runner and the difficulty he creates for people to tackle him make his style a little bit unique.”

Henry has put up some amazing numbers this season, but all great featured backs need help.

Senior running back Kenyan Drake (arm) did not play last week against Auburn, despite suiting up. His right arm has been housed in a brace and heavily wrapped for the last three week, dating back to his injury against Mississippi State on Nov. 14. He encountered the mishap covering a kick on special teams in the second half.

Saban added with he will not know if Drake will be ready until Saturday’s meeting against Florida for the Southeastern Conference title game. He has totaled 333 rushing yards, 234 receiving yards, 287 kick return yards and two touchdowns in 10 games this season.