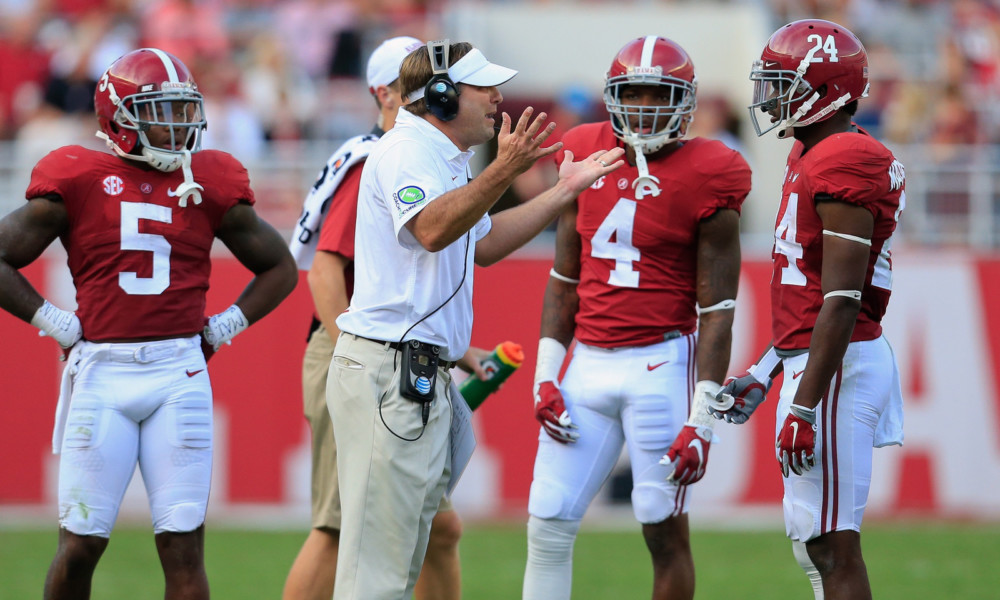 On Tuesday night, it was announced that Alabama defensive coordinator Kirby Smart would be leaving Alabama to accept the head coaching job at his alma mater, Georgia. Smart has played a pivotal part in Alabama’s dominance of recruiting, which could be the biggest blow to the Tide besides Smart taking strength and conditioning coach, Scott Cochran with him.

Some of Alabama’s 2016 commitments voiced their opinions on the move.

People are so concerned about my commitment lol … I wish coach smart the best of luck but it's still Roll Tide🅰🐘 tho !

The University of Georgia is No Longer My Leader. No Questions or Interviews, Thank You.

Smart has been recruiting some big names with interest in Georgia to come to Alabama in the 2016 class, some of the more notable names are:

–Shyheim Carter, 4-star ATH out of Kentwood HS in Kentwood, GA, also a former Alabama commit with a Georgia lean.

–Nigel Warrior, 4-star S out of of Peachtree Ridge HS in Suwanee, GA, has Alabama and UGA in top 3.

That list goes on and on as Coach Smart is set to leave Tuscaloosa and officially sign a contract with the Bulldogs after the Crimson Tide face off against the Florida Gators for the SEC Championship. Although Alabama is losing a great defensive mind, they are also losing a coach who recruited the likes of Reuben Foster, O.J. Howard, Rashaan Evans, and Kenyan Drake. At this point, recruits will likely see who is set to take his place as defensive coordinator and from there the recruiting part of this process will be one to keep an eye on, regarding the future of both programs.