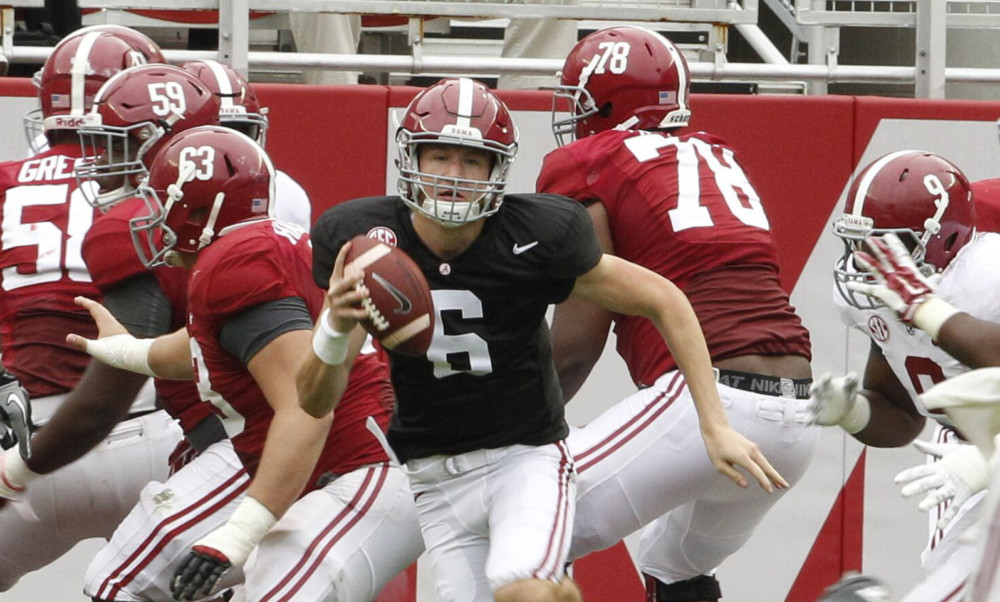 Alabama will not have another graduate transfer at quarterback, as Montana State’s (FCS) Dakota Prukop has committed to Oregon. The former Bobcats signal-caller narrowed his transfer decision down to Alabama and Oregon, prior to choosing the Ducks Wednesday afternoon.

Prukop, 6-foot-2, 200 pounds, completed 62.8 percent of his passes for 3,025 yards with 28 touchdowns to 10 interceptions this season. He will compete with Oregon’s Vernon Adams for the starting job next season. Now that Oregon has Prukop, Alabama can focus on Blake Barnett.

Barnett enrolled at Alabama in 2015 weighing 180 pounds. He has grown to 210 pounds since then, but remains in a 6-foot-5 frame. Barnett was a five-star prospect upon coming to Alabama, the highest rated quarterback to be recruited by head coach Nick Saban. He has spent this season on the scout team, executing hand-offs and giving Alabama’s first-team defense a few wrinkles.

Barnett will compete with Cooper Bateman, Alec Morris, David Cornwell and Jalen Hurts for next year’s starting job, yet according to esteemed quarterback coach George Whitfield, 2016 for Alabama “will be the Blake Barnett show.”

His lone collegiate stat to this point was a 29-yard touchdown pass to wide out ArDarius Stewart in this year’s A-Day game.

Barnett thew for 3,404 passing yards with 23 touchdowns in 2014 as a senior at Santiago High School in Corona, Calif.