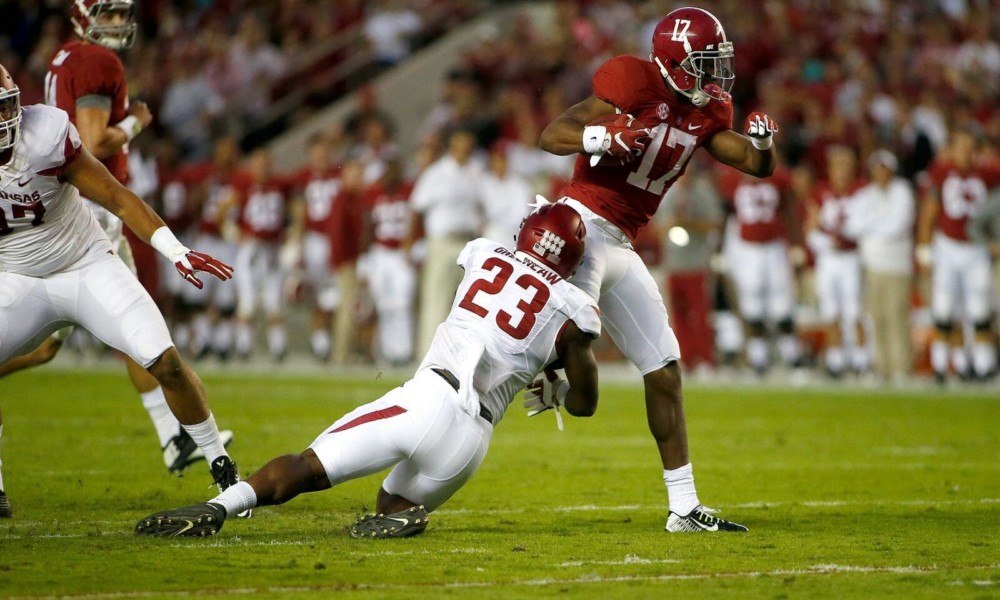 No one has taken full advantage of this season quite like Alabama running back Derrick Henry has. The junior has been dominant all year, but especially in the team’s last five games. He leads the nation in rushing, totaling 1,986 yards with 23 touchdowns. Henry earned Maxwell, Doak Walker and Walter Camp national honors, while becoming Alabama’s second Heisman Trophy winner in school history.

Regardless of Henry’s success, the Crimson Tide does have another ball carrier and one who would like to finish his career with a bang, senior tailback Kenyan Drake.

He fractured his right arm against Mississippi State, yet Drake’s recovery time has been smooth. The Powder Springs, Georgia native participated in all seven days of bowl prep, and per Matt Zenitz of AL.com, Crimson Tide head coach Nick Saban said “Drake hasn’t had any problems with his arm.” He expects Drake to contribute in the Cotton Bowl. Drake chimes in with 906 all-purpose yards and two touchdowns.