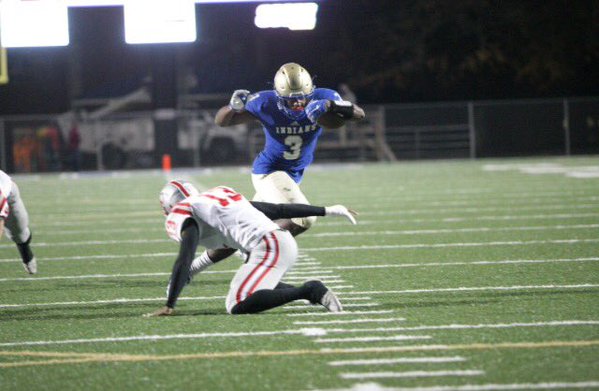 After missing out on 4-star WR Cavin Ridley to South Carolina today at the Under Armour All America Game, the Crimson Tide have already picked up a wide receiver commitment in 3-star Tyler Simmons out of McEachern High School in Powder Springs, GA. He committed via his Twitter.

Simmons is the 63rd ranked wide receiver in the nation and the 34th ranked player in the state of Georgia. At 5’11, 194 pounds, he could be an ideal receiver at the inside or outside spot for the Tide. He compares a lot to maybe a Kenny Bell type of receiver, a guy who is really good on screens because of his ability to move and his vision but can also be a deep threat when needed.

Simmons holds 21 offers but will visit Alabama on January 22nd,which is already set to be a big day for Alabama.