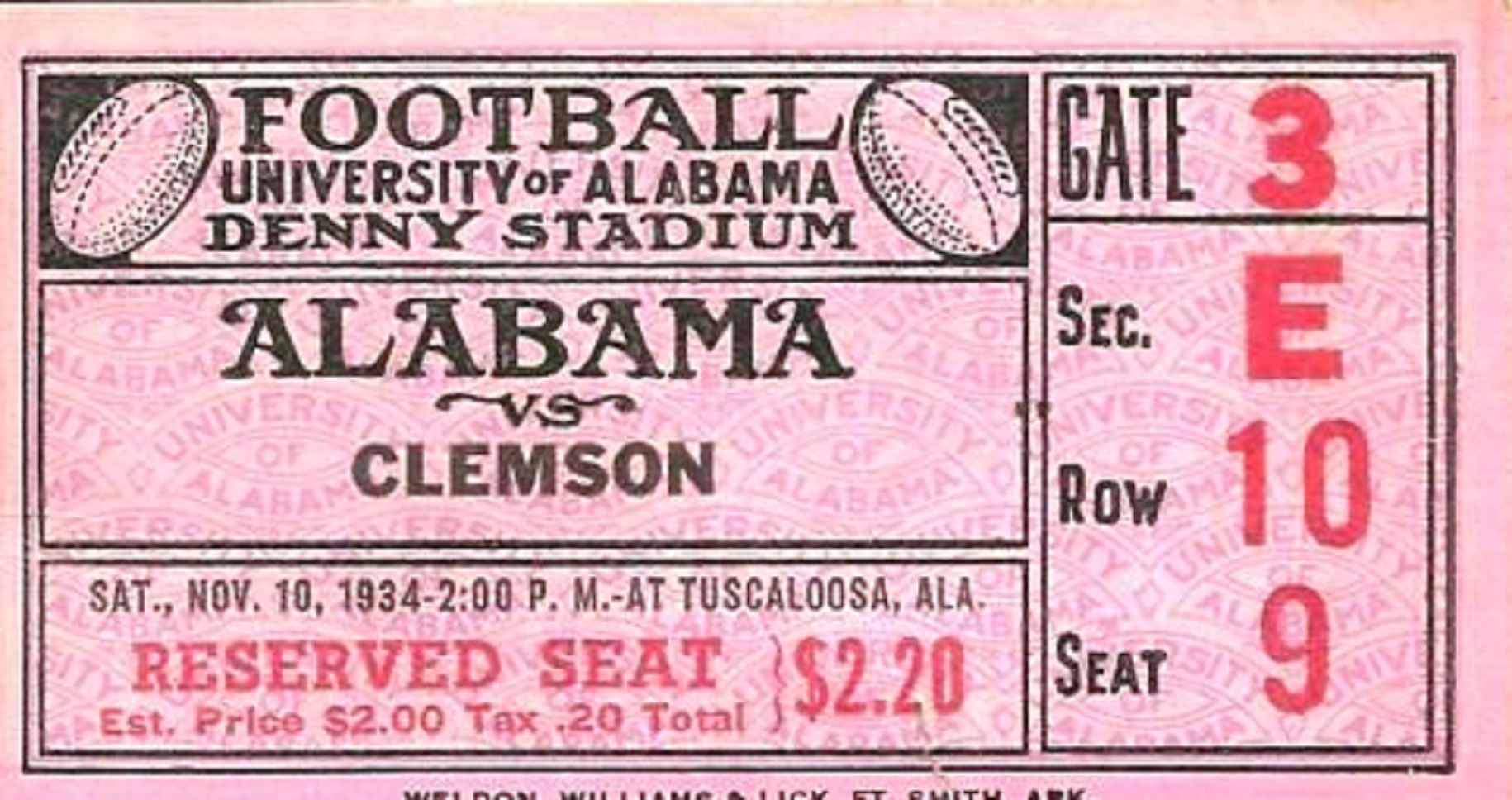 A Short History of Alabama vs Clemson

A 1969 program from Kenny Stabler’s year.

The early dominance that Clemson enjoyed would soon be over as in 1909 Alabama won a defensive slugfest 3-0, then went on to win the next 11 contests in a row until today. Few fans realize that Alabama has played Clemson 15 times.

All games are listed below:

The average score is Alabama 26 – Clemson 8.8 and games have been played in Columbia, South Carolina, Birmingham, Alabama, Montgomery, Alabama, Tuscaloosa, Alabama and Atlanta, Georgia. While Alabama dominates both the home and away records, in neutral site games, Alabama leads by a small 3-2 margin.

Who knows what the artist was trying to say on this cover from the past.

This is the first time in all 15 contests that they have met in a post season bowl. The two coaches have met once in a contest, with Dabo Swinney as an assistant coach for Clemson and Nick Saban as head coach at Alabama in the 2008 Chik Fil A Kickoff Classic in Atlanta. Clemson was a slight favorite, but the Tide won handily. That game helped get Clemson coach Tommy Bowden fired and paved the way for Dabo Swinney to land the job. This is the second time the two teams have met while ranked, the other was the same 2008 game when Alabama was ranked 24th and Clemson started the season ranked 9th. That game propelled Alabama back to national attention and was the first of Saban’s big opening day opponent games he’s done ever since.

It’s interesting to note that all three Clemson coaches of note in Clemson history, were all from Alabama. Frank Howard and Danny Ford both played and coached at Alabama before becoming the Clemson coach as did current coach Dabo Swinney. “Howard’s Rock” is planted at the current football stadium and is the shrine that all Clemson football players rub on their way from the locker room to the field before each game. Ford and now Swinney are the only two coaches to lead Clemson to a national championship game. So you could say all Clemson’s glory years are directly due to Alabama football players.

A rock that made Clemson’s stadium the new “Death Valley”

Now what does this have to do with the game that will be played in just a few days? Absolutely nothing. It doesn’t matter who owns what streak against who. No player in this game ever participated in a game against the other. Most players were in jr. high school the last time these two teams played everything that’s happened in the past has no significance to this game, but at least now you know the history.