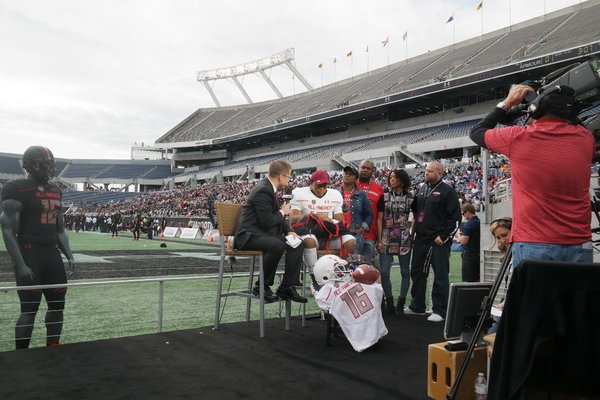 Former Alabama running back target, #4 overall back in the class, Devwah Whaley out of Beaumont, TX has decided where he will attend school and he has chosen the University of Arkansas to join Bret Bielema’s Razorbacks down in Fayetteville.

Whaley was a big target for the Crimson Tide this summer as the 2016 class has only one running back commit, #5 RB in the class, B.J. Emmons of North Carolina. On Thanksgiving, Whaley committed to Georgia but then decommitted a short time later. His final three came down to Georgia, Arkansas and Texas.

Whaley will join the likes of Alex Collins next season and will likely have a quick impact for that Hogs offense.

Stay tuned for more Under Armour commitments with Touchdown Alabama.