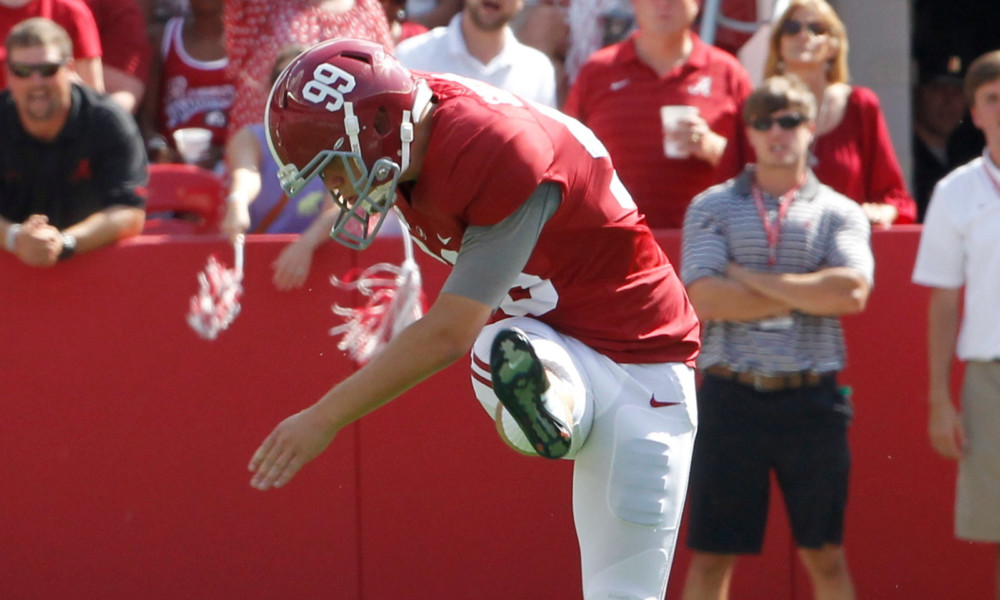 Kicking target Eddy Pineiro flipped from Alabama to Florida, but the Crimson Tide will return Poland’s native son its roster for a fifth season in 2016. He has already earned his degree.

Decided to stay and play my 5th year at Alabama. Let's make this one count. Hopefully another championship..
Roll Tide!

Regardless of early struggles and a back injury, Adam Griffith excelled from midseason to postseason for Alabama.

Griffith’s made 33-yard attempt against Clemson in the fourth quarter tied the game at 24, while his perfectly executed onside kick will go down as one of the most memorable plays in college football history. Redshirt freshman cornerback Marlon Humphrey recovered the attempt.

Prior to Clemson, Griffith two defining moments came against LSU and Auburn. The redshirt junior nailed a 55-yard kick against the former and made all five of his tries over the latter.

He tied former Alabama kickers Leigh Tiffin and Jeremy Shelley for most made field goals all-time in a game.

Griffith is the first junior on offense/special teams to forgo the 2016 NFL Draft and return for a senior season.