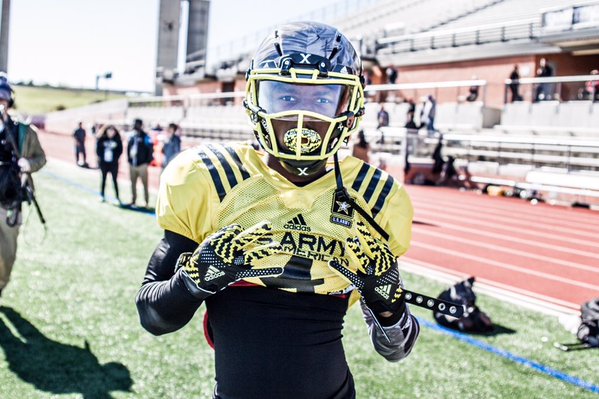 This weekend has turned into the biggest recruiting weekend of 2016 for Alabama, hosting twenty-two recruits and making a final push to vault the Crimson Tide back into the top tier of the recruiting class rankings. One of Alabama’s biggest targets, 5-star athlete Mecole Hardman Jr., is unable to make the visit due to weather issues in Georgia.

Due to weather I could not make it to Bama this weekend! 😒 but you already know it's #RollTide 😈💯

Hardman will likely receive a couple of in-home visits from the Tide coaching staff before National Signing Day on February 3rd. He currently has a top seven of Alabama, Ohio State, Clemson,Florida, Tennessee, Michigan and Georgia with Alabama leading the way for his talents.

Hardman is set to make his college decision on National Signing Day.