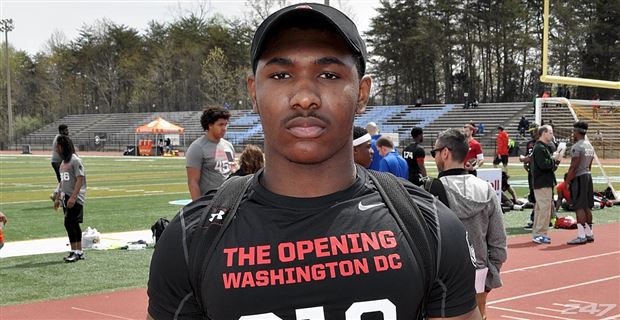 Alabama has picked up its 3rd 5-star recruit in a row as Terrell Hall of St. John’s College High School in Washington, D.C. has selected the Crimson Tide over Ole Miss and Maryland.

At 6’5″, 250 pounds, Hall has potential to play right away at defensive end or outside linebacker. He has elite speed and strength to go along with his high game IQ. He was heavily recruited by his host, junior outside linebacker Rashaan Evans and Hall says that Evans had a big impact on his recruitment to Alabama.

Alabama it is for St. John's Terrell Hall. #RollTide gets another DMV star #allmets https://t.co/IU4ZEhzlb5

Hall held 32 offers and is the top-ranked player in Washington, D.C. as well as the 6th-ranked defensive end in the 2016 class. His commitment should help the case for a top class at Alabama once again.