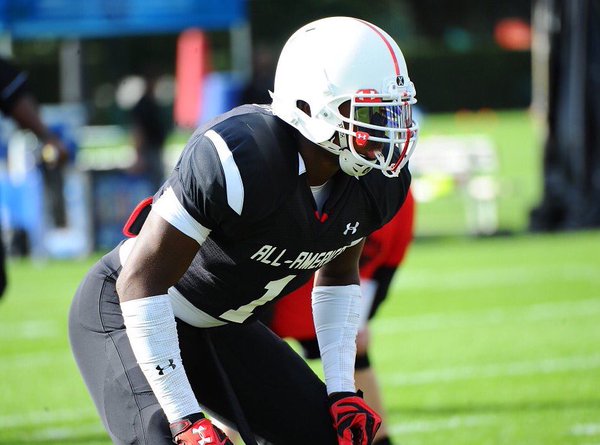 Just 30 minutes up the road from Tuscaloosa is Gordo, Ala. Gordo is a small town that loves its Gordo Greenwave football team, which is led by the state’s number one player, Ben Davisb. Alabama has been recruiting Davis since he was in the 9th grade and has not let up since.

Ben’s father is Wayne Davis, who played at Alabama from 1983-1986 and he finished as Alabama’s all-time leading tackler with 327 career tackles.

Davis’ decision came down to 5 teams, Alabama, Notre Dame, Auburn, LSU, and Georgia and he decided to continue the legacy at Alabama after putting on a Bear Bryant houndstooth hat as the crowd at Gordo High School went crazy. “I just had to go with my heart, I’m rolling with the Tide.” said Davis.

No. 24 ESPN 300 commit Ben Davis channeled Bear Bryant when he announced his commitment to Alabama. – via @ESPN App https://t.co/2G7fF0OBUZ

Alabama is getting an all-around great linebacker with speed, athleticism,  raw strength and the range to get sideline to sideline. He will be a Reggie Ragland type of player and should make an immediate impact in Tuscaloosa. This also puts Alabama in good position to land Ben Davis’ best friend and fellow 5-star linebacker Lyndell “Mack” Wilson of Carver High School in Montgomery, AL who will announce at 1:00 PM CST.