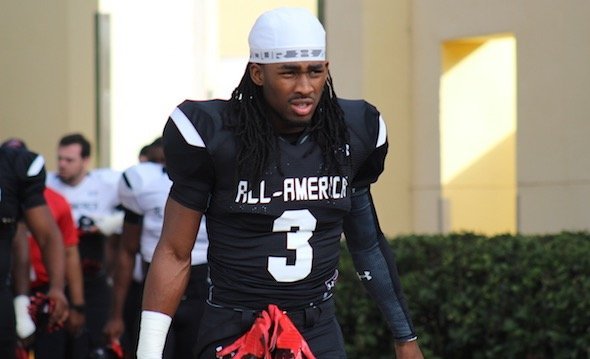 Alabama has added another 4-star cornerback in Shyheim Carter of Kentwood, LA. He was previously committed to Alabama until this summer when he made the decision to open his recruitment back up and decommit from the Tide.

He was taking a look at schools like Miami and Ole Miss, which ended up being his final three. On Wednesday morning, in Kentwood High School’s gym, Carter decided to re-join the Tide’s class.

This is Alabama’s second cornerback commit. Carter will be joining fellow 4-star cornerback Nigel Knott in the Tide’s class. Both played in the Under Armour All America Game and talked about playing together.