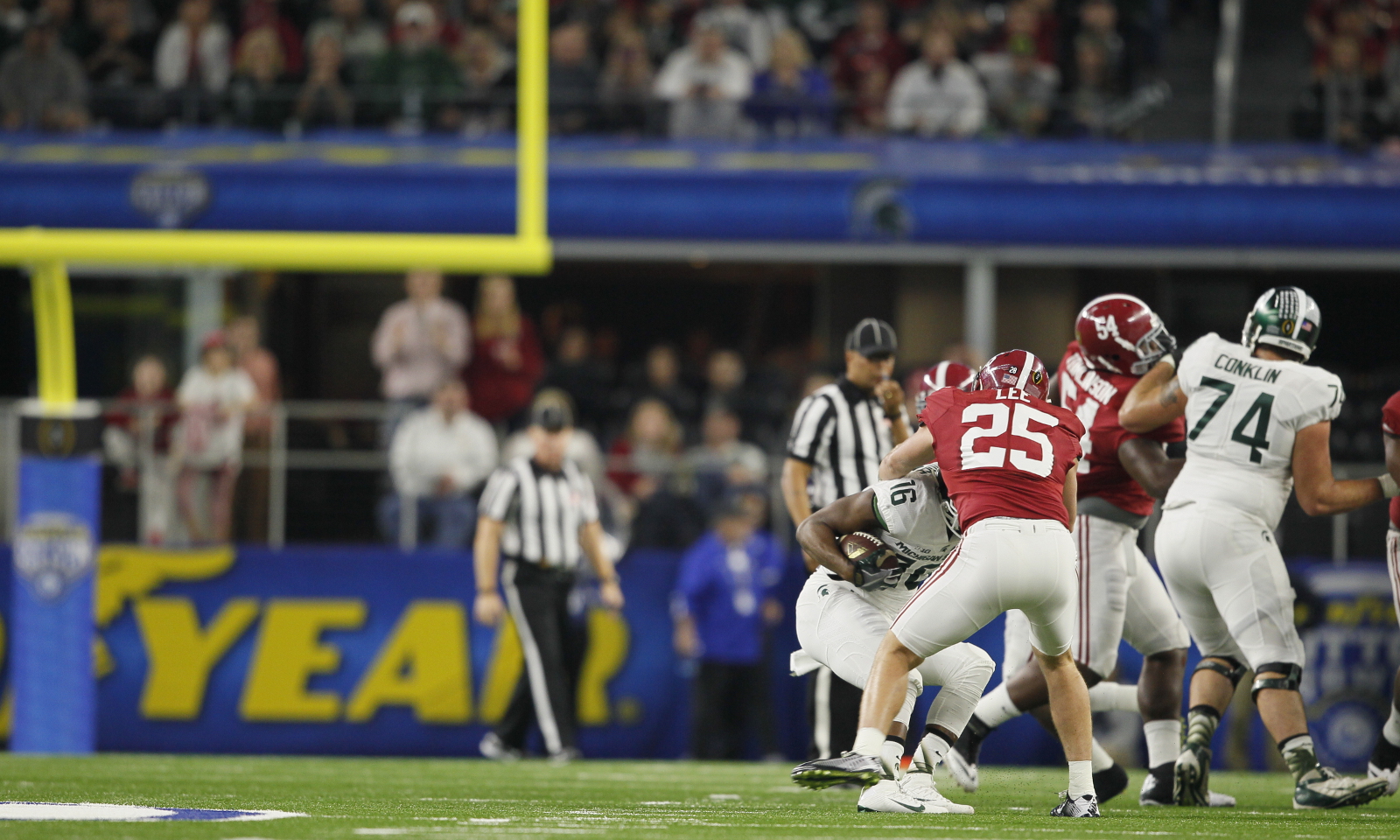 Senior linebacker for the Crimson Tide, Dillon Lee, was a standout among the 17 players participating at pro day in Tuscaloosa on Wednesday.

Alabama LB prospect Dillon Lee in the 40-yard dash. He was timed in the 4.7s. pic.twitter.com/RGv7ZQx9Pq

Lee had an impressive 9’5″ broad jump, which was the longest of the nine players that attempted. He also proved strong in the 3-cone drill with a time of 7.11 seconds and completed the 40-yard dash at 4.7 seconds.

He was spotted talking with scouts from the Giants and the Steelers after he finished. Patriots head coach, Bill Belichick, was impressed with Lee’s footwork.

Linebackers Reggie Ragland, Dillon Lee and Denzel Devall in drills with a scout from Indianapolis. pic.twitter.com/oFTx13ckWi

The 6’3″, 240-pounder looked confident when speaking to the press and when asked about how it went with the scouts he said he “got good feedback.” He also said that he thinks his best avenue for the NFL would be with special teams.

Lee played as a true freshman in 2012 for Alabama.

He proved to be very versatile in his four seasons with the Tide, playing several different positions in the linebacker corps and on special teams.