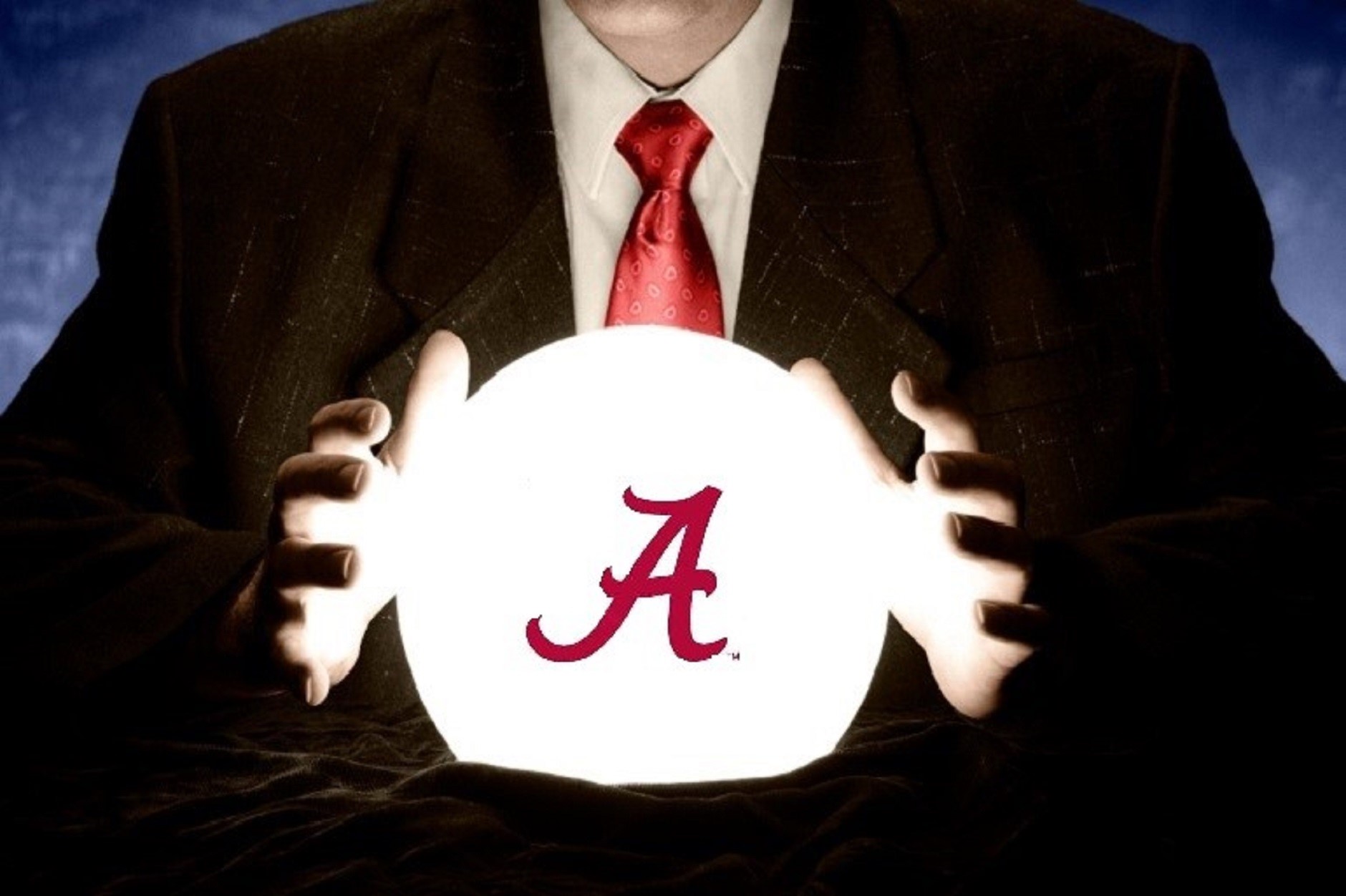 Here are one dozen predictions of the 2016 Alabama football team that show what to expect from this year’s team. With many years of accurate prognosticating, these insights could be the best guide to seeing what will unfold over another long and exciting season. (Photo Larry Burton)

For the last 12 years, we’ve had a lot of fun with Larry’s Losers in the SEC, but the seriousness of it is that over that span, no one has come close to matching our accuracy with the predictions made. Over the years the other predictions we made have come to pass to on personnel and team stats. One glaring mistake was not picking Blake Sims to win the starting job two years ago, but most of the rest were dead on. Now, with all that bloviating over, let’s make some projections on this year’s squad and you can save it to see how we how we did at year’s end.

One Dozen Predictions of the Alabama Crimson Tide Football Team

Well that’s it for this years projections. Well except that Alabama is also predicted to be in the their third college football playoffs in three years. As for wins and losses, that’s the territory of Larry’s Losers in the SEC – Preseason Predictions, which is still down the road.