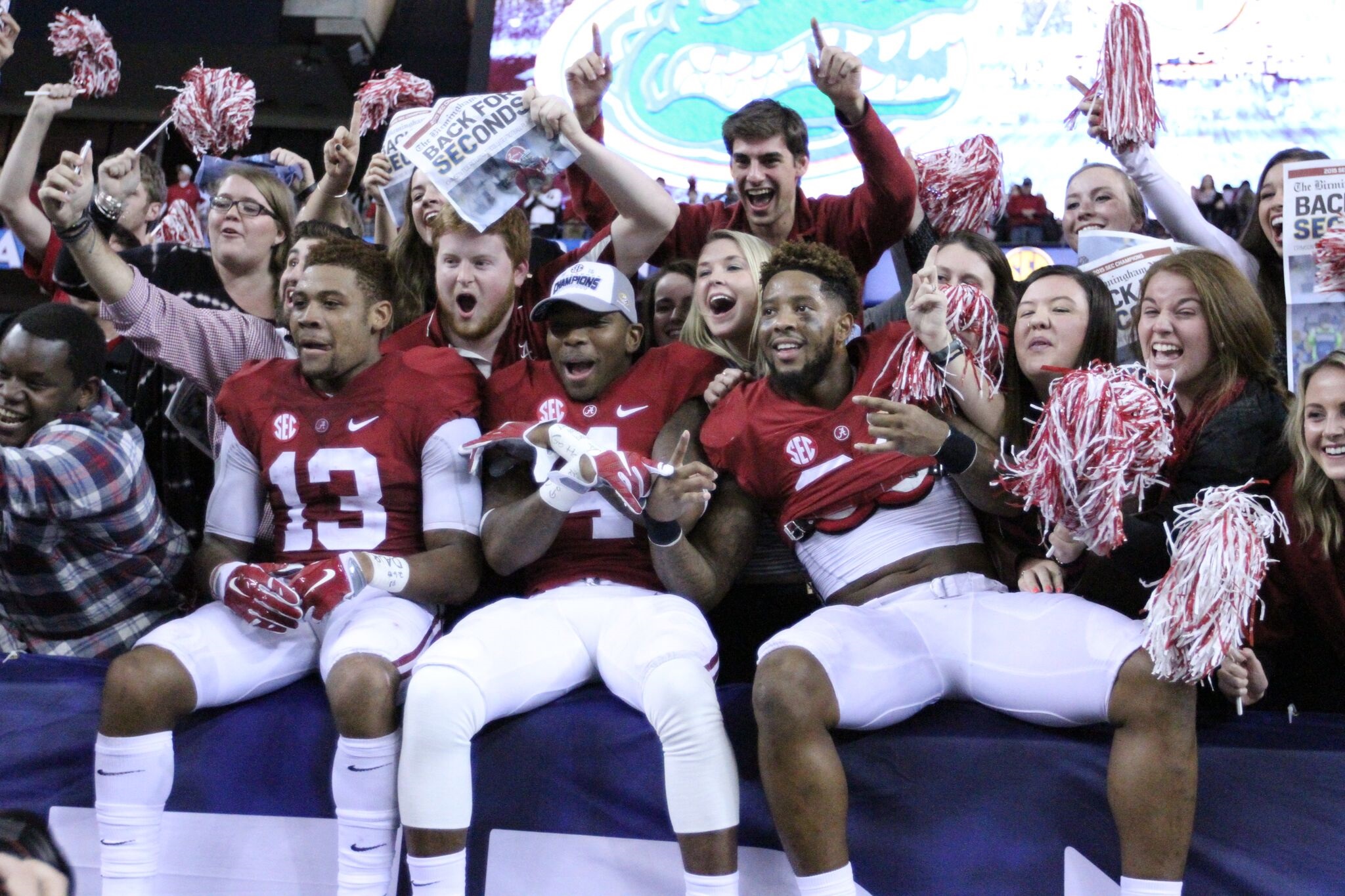 What the 2016 Tide Football Needs to Win it All

Every year coaches and sportswriters say the same thing when it comes to what a team needs to be a winner. They say they need leaders on the field, and Saban will say that too. They’ll say a team needs focus in practice, focus on every game and focus on every play. Then there’s the “buying in” speech. There’s so much of that tried and true coach speak that I’ve covered over so many years that I’m tired of writing it.

But what this team really needs to win it all this season is something they had last year that made them almost unique among the recent champions in the Saban era.

And at the point of sounding like a 60’s hippie, let me quote the Beatles here. “All you need is love.”

This is a team that knows the fundamentals. They can run, throw, block and tackle as well as anybody. They have the talent, size and speed to line up with any team in the nation thanks to year after year of number one recruiting classes. They’ll learn the opponents tendencies, exploit them and hit them in their weak spots well enough.

But will they have that same love they had last season? And if you don’t understand what I’m talking about, let me explain.

Last season in one interview after another, players on the team talked about their absolute and unashamed love for one another. It was not just a love for what they could do on a football field, it was a love as deep as family love, they were true brothers and you need to know what that love entailed. It wasn’t that were polite and pleasant to one another, they were accountable. Accountable for themselves to keep from casting a unflattering light on their fellow teammates with stupid actions they could commit and accountable to each other as teammates watched out for and watched over one another to try and keep them on the straight and narrow too.

“I love these guys. They are my brothers. They lift me up, they inspire me, love me and make me better.” Kenyan Drake told me last season. “They give it all to me and I give everything I have back to them, we give it all to each other. This team is something special and I’ve never been part of a team like this before.” Drake said. “When things go right, it’s all team, when things go bad, there’s no finger pointing. We lift each other up.” he concluded.

And that was just one player who echo’d the same sentiments from the midway part of the season on. It was reminiscent of a Paul “Bear” Bryant quote. “I’m just a simple plowhand from Arkansas, but I have learned over the years how to hold a team together. How to lift some men up, how to calm others down, until finally they’ve got one heartbeat, together, a team.”

Though Derrick Henry got a lot of the headlines and won a Heisman Trophy, it was due in large part to him just picking up the slack from Kenyan Drake going down for so long with injuries. Henry never got wrapped in stardom and always deflected credit to his team. The biggest star was just another piece of the puzzle, no more, no less, just another guy in crimson doing his part.

That one heartbeat is what this team needs. Last year’s team had it and it boiled to one goal and if you think it was winning a national championship, you’d be wrong. Whether it was Saban’s goal or just the team’s, the goal was much simpler. Don’t let your brother down, be accountable, on the field and off, give your all, love your brother and things will work themselves out. Plus, you didn’t hear about players doing stupid things. From the time this team came together, there were no arrests, nobody with serious grade problems and no off field incidents. Only one defensive back that took a swing at a brother in the heat of the moment, but that small incident is something that’s all too common between brothers. And like a good family, they didn’t just love good football and one another, they had faith and love with God too and trying to live life by good and decent principals.

This team has leaders in place and all the other coach speak pieces of the puzzle. Last week Saban made a statement to the press about wanting to see leaders step up, but he wasn’t talking about getting some players to step up into leadership roles. That has already been done. Saban was wanting to see if those leaders can get the same result as last year, which is to guide this team to make this team one heartbeat like last season? If they do, then it’s going to be a long season for Alabama opponents and haters and judging from the lack of bad news coming from the spring break, these players have been watching their own and each other’s behavior. That’s the real first good sign that things are going as planned.