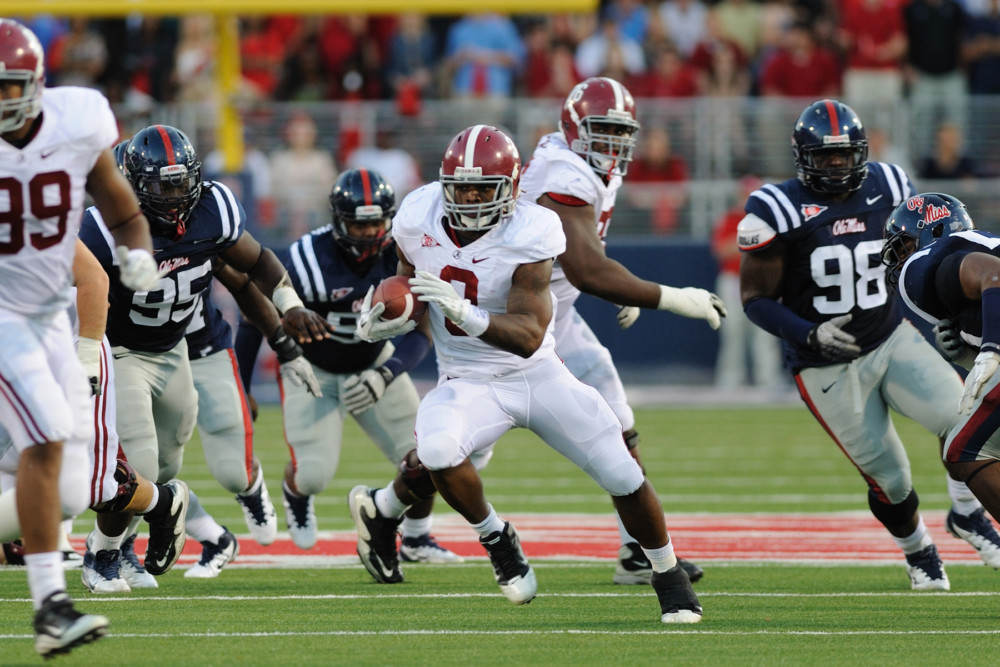 After a disappointing year, it seems that things may be turning around for former Crimson Tide star Trent Richardson.

John Harbaugh, head coach of the Baltimore Ravens, told reporters on Tuesday that they “have an unofficial agreement with Richardson.”

Richardson was the No. 3 overall pick in the 2012 draft by the Cleveland Browns, where he played in 17 games and rushed for 950 yards with 11 touchdowns. He was then traded to the Indianapolis Colts and was released after averaging 3.1 yards per carry in two seasons (2013-14). His final stop was with the Oakland Raiders, who released him prior to the 2015 season.

It seemed that Richardson’s career was nearly over, but signing with the Ravens could bring life back into it.

The agreement is contingent on if the former Alabama standout continues to get in shape and reaches a “physical benchmark, per Baltimore Sun reporter Jeff Zrebiec.

Basically Ravens want Richardson to get in better shape and hit a physical benchmark. When/if he does, Ravens will sign him.

His career at the University of Alabama was nothing short of outstanding. He helped the team secure two national championships (2009, 2011) during his time at Tuscaloosa.

He was a Heisman Trophy finalist and a Doak Walker Award winner in 2011, his final season with the Tide.

Richardson rushed for 3,243 yards and 35 touchdowns during his three seasons.

No matter what his future in the NFL will be, Richardson will always be remembered as one of Alabama’s favorite running backs and we look forward to seeing more of him.

Kenadie Wilkerson is a contributor for Touchdown Alabama Magazine. You can “follow” her on twitter at @kenadiewilker1.