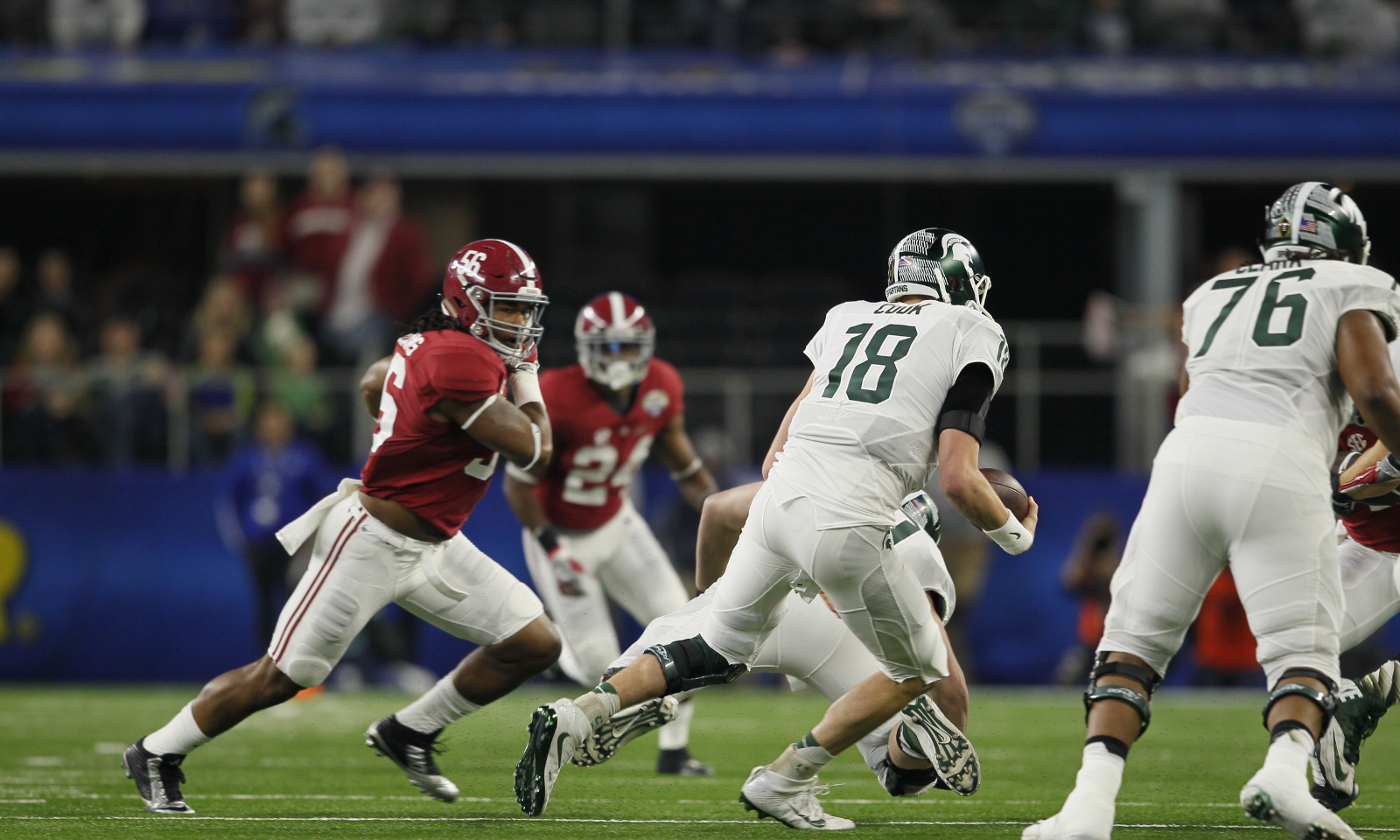 Alabama’s defense has warmed up to its new coordinator, Jeremy Pruitt, so much that he is being referred to as a “player’s coach.” Pruitt, who served on Nick Saban’s staff from 2007-12, inherits a solid unit headlined by defensive end Jonathan Allen and inside linebacker Reuben Foster.

Both guys decided to forgo the 2016 NFL Draft and return for their senior seasons.

Two players that could benefit from Pruitt’s teaching, yet attacking style are Tim Williams and Rashaan Evans.

The duo at outside linebacker put in strong numbers during the 2015 season.

Williams, a big name recruit in Alabama’s 2013 class, finally came full circle a year as a edge rusher. He finished second on the team in tackles for loss (12.0) and sacks with 10.5.

Ten of his sacks came in marquee games, with three combined against Florida and Michigan State.

Evans, one of the nation’s top outside ‘backers’ in 2014, ended last year strong with a good performance against Clemson in the College Football Playoff National Championship Game.

He accounted for the Crimson Tide’s lone two sacks of Tigers’ quarterback Deshaun Watson, along with four tackles for loss.

Experimenting has been the subject with him in spring practice.

The departures of Reggie Ragland and Dillon Lee to the National Football League provide an opening for someone to work inside and outside at linebacker. Evans has embraced the role, with hopes to be an “every down player” according to Saban during press conference so far.

Williams has not been a part of an experiment; however, for him to have a chance at breaking Derrick Thomas’ sack record (Williams’ goal for 2016) he must find a way to play on every down. He continues to lead outside linebackers through position drills with Ryan Anderson under Tosh Lupoi.

Alabama led the nation with 52 sacks last season and despite losing A’Shawn Robinson, Jarran Reed, D.J. Pettway and others, the pieces returning can make next year’s bunch even more explosive. Everything starts with Williams and Evans on how quickly can they grasp each concept in attempts to bring pressure during every waking moment in games this fall.