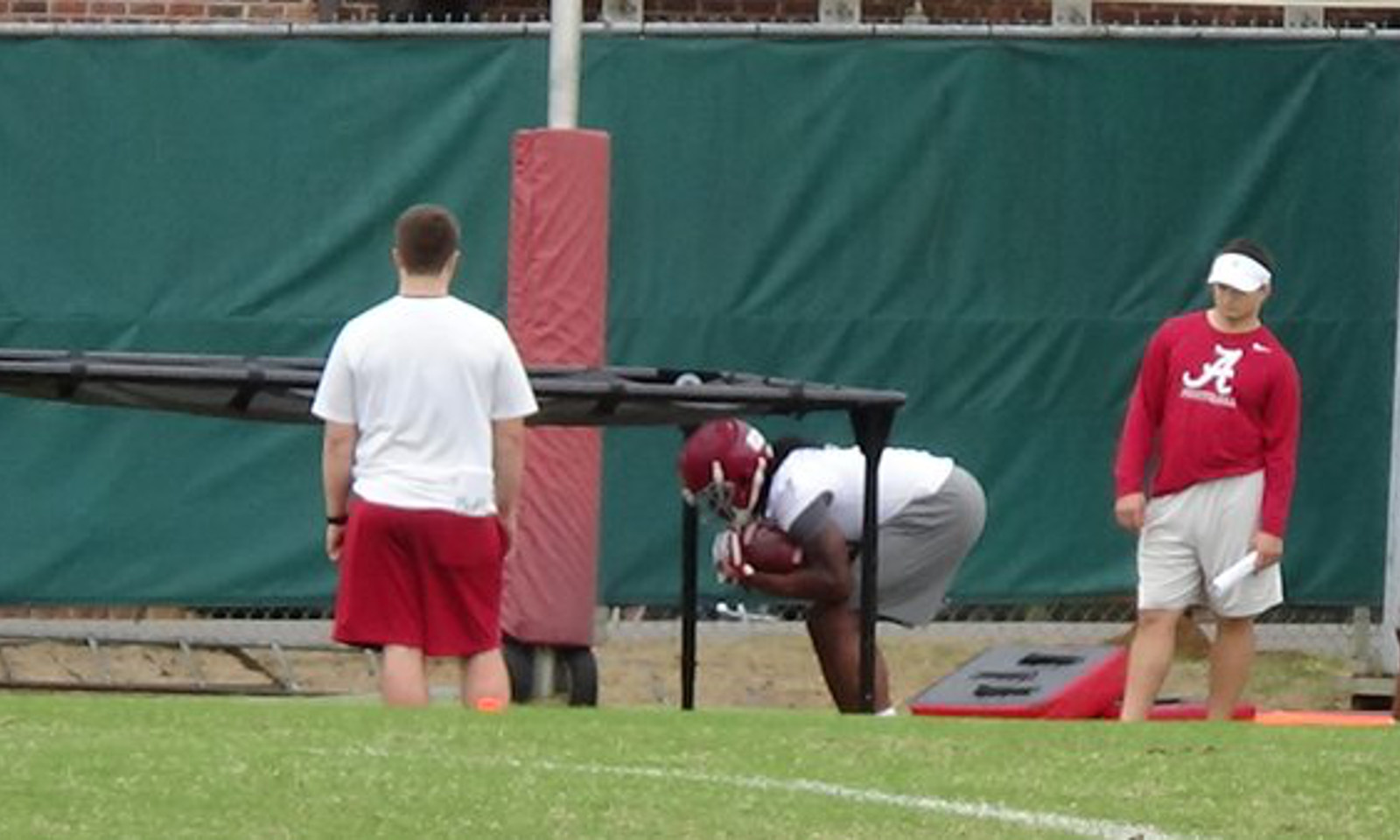 It is never good to speculate, yet media personnel can start to assume that Bo Scarbough may be Alabama’s featured back.

The 6-foot-2, 230-pound sophomore struck again in today’s scrimmage, building off his 100-yard outing (132 yards, three scores) from last week. Coach Nick Saban told the press that when Scarbrough knows “what he’s supposed do it and why he’s supposed to do it, he tends to play fast and is effective.”

Scarbrough had everything working Saturday at Bryant-Denny Stadium, as he totaled 111 rushing yards and a touchdown on 12 carries. The Tuscaloosa native led all backs in rushing for a second consecutive week and stands with 243 yards and four touchdowns on 21 attempt through two scrimmages.