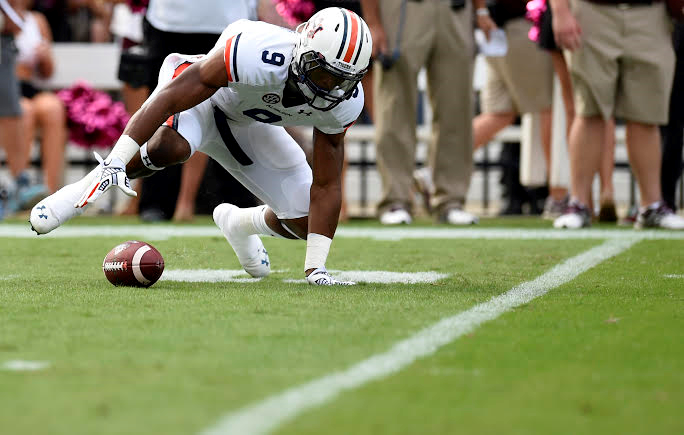 Roc Thomas will no longer be an Auburn Tiger as of Tuesday afternoon according to Tigers head coach Gus Malzahn.

The talk of Thomas transferring is no recent topic, starting during the week of The Birmingham Bowl against Memphis after posting certain messages on Instagram and Twitter such as an Instagram post picturing him celebrating in-game with the caption “…the end.”. Malzahn quickly denied these rumors at the time but earlier this week the rumors escalated as reports of him asking for a transfer, specifically to in-state Jacksonville State were released. The former 5-star recruit and “Mr. Football” in Alabama is a native of Oxford, Alabama which is just 30 minutes from Jacksonville State. If he were to transfer to the FCS school, he would be eligible to play right away.

In 2015, Thomas was named the starter for Auburn’s opening game against Louisville but then left the game in the first half with an injury. He only recorded 214 yards and a single touchdown on the ground as well 11 catches for 200 yards and one more score in 12 game appearances.

The Tigers have now lost 12 players in this offseason after losing Thomas.