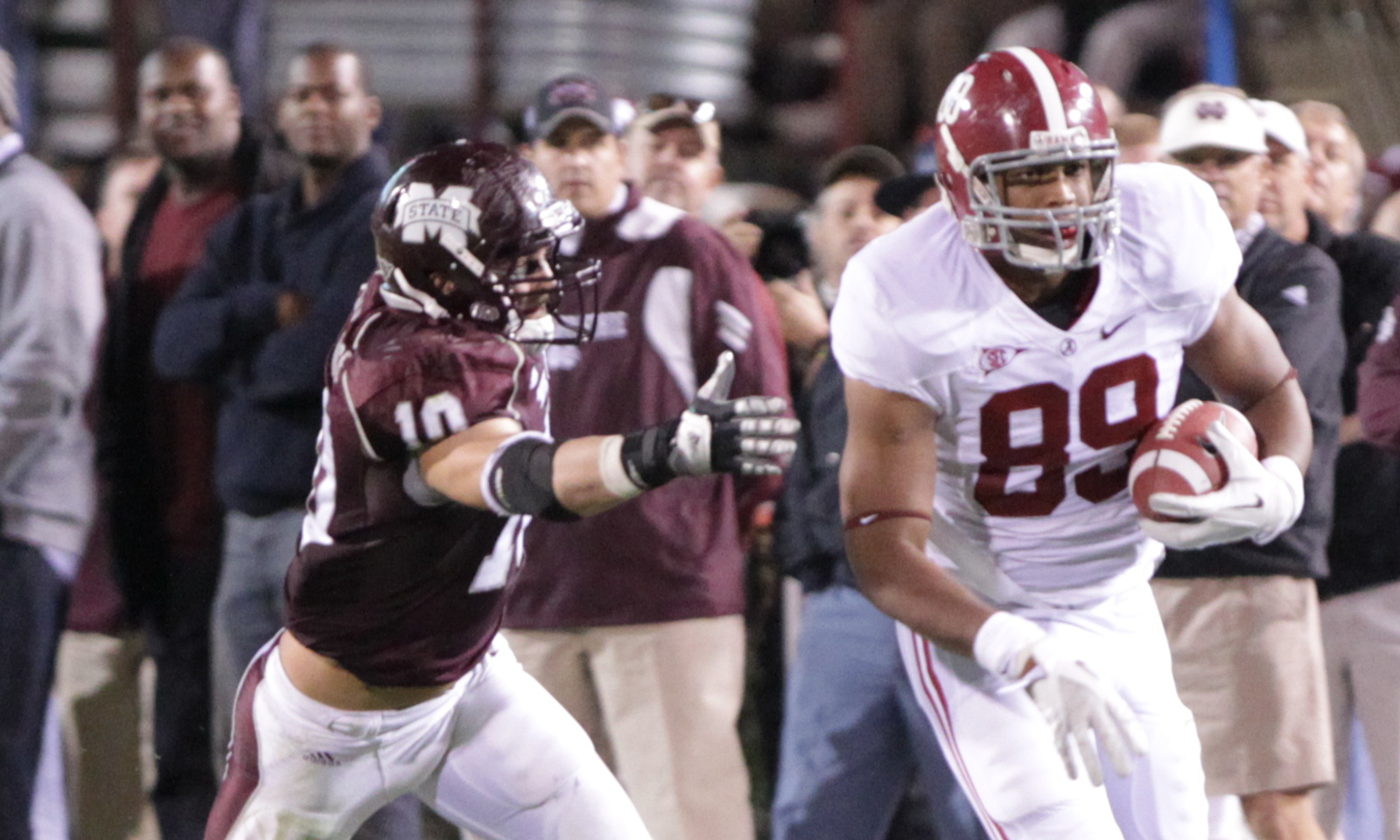 Michael Williams is facing the possibility of missing the entire 2016 NFL season, due to sustaining a left knee injury (anterior cruciate ligament) on Wednesday at a mini-camp session.

Jim McBride, New England Patriots beat writer for the Boston Globe, was the first to report on this story and was followed by Mike Reiss—ESPN reporter for the franchise.

#Patriots TE Michael Williams is done for the year. https://t.co/TY51rsZ2QM

The former Alabama tight end hopes to receive a more promising outlook on the matter, but it appears that he may be placed on injury reserve. New England acquired Williams in a trade with the Detriot Lions on Aug. 25, 2015. He was taken in the seventh round (211th overall pick) by the Lions in the 2013 NFL Draft, but sat out his rookie year because of a hand injury.

The addition of Eric Ebron in 2014 and weight issues for Williams, forced him to move from tight end to offensive tackle and wear No. 73. He managed to get back in shape, which helped him return to the tight end position with the Patriots. Williams is listed third on the depth chart at the position, as he’s displayed progression in his route running and pass-catching abilities before the mishap occured.