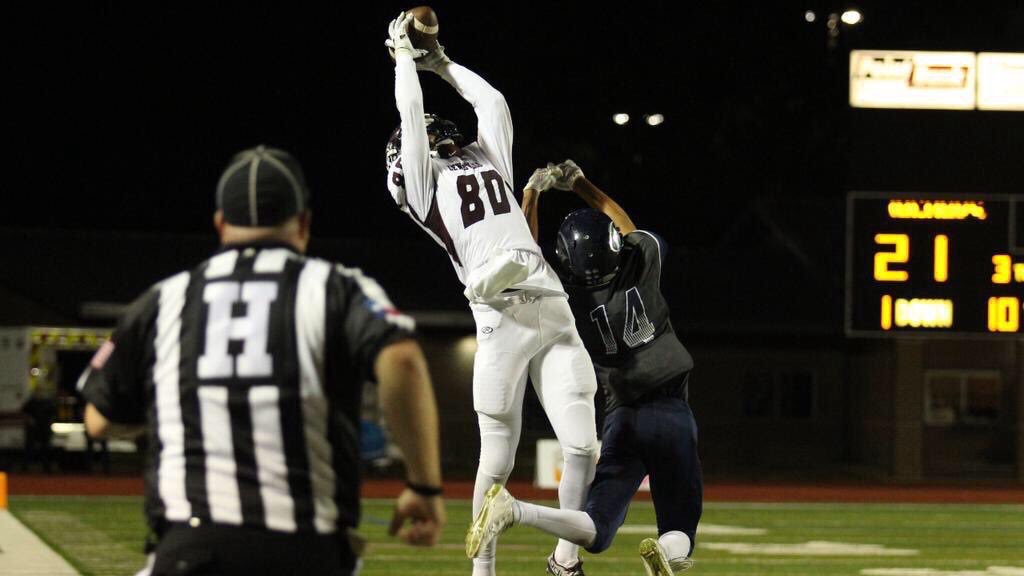 Tyrell Shavers, a 4-star wide receiver out of Lewisville, TX has been making some noise this summer on the recruiting trail after running a blazing 4.3 40-yard dash at The Nike Opening Regionals in Dallas.

At 6’6, 202 pounds, it’s no surprise Shavers holds 27 offers from every power five conference and more. On Monday he took an unofficial visit to Tuscaloosa, although not having an offer yet from the Tide but by the time he was done, he had an offer and he committed on the spot.

Shavers is fresh off of snagging an invite to The Opening in Oregon after his head-turning performance in Dallas and now has closed his recruitment, become 100% Alabama. Don’t be surprised to see Shavers go after more Texas guys that Alabama is targeting in this class such as No.1 safety Jeffrey Okudah, No. 1 DT Marvin Wilson and top linebacker Baron Browning, Okudah and Browning are each within an hour of Lewisville.

With his size and pure athleticism, Tyrell Shavers could become a force as soon as he steps foot in Tuscaloosa as he is already an instant deep ball and red zone threat. His ceiling is very high although still raw as far as skill set goes, the natural athlete is there. With the way Billy Napier coaches his receivers, we could be seeing Shavers making plays right from the jump.