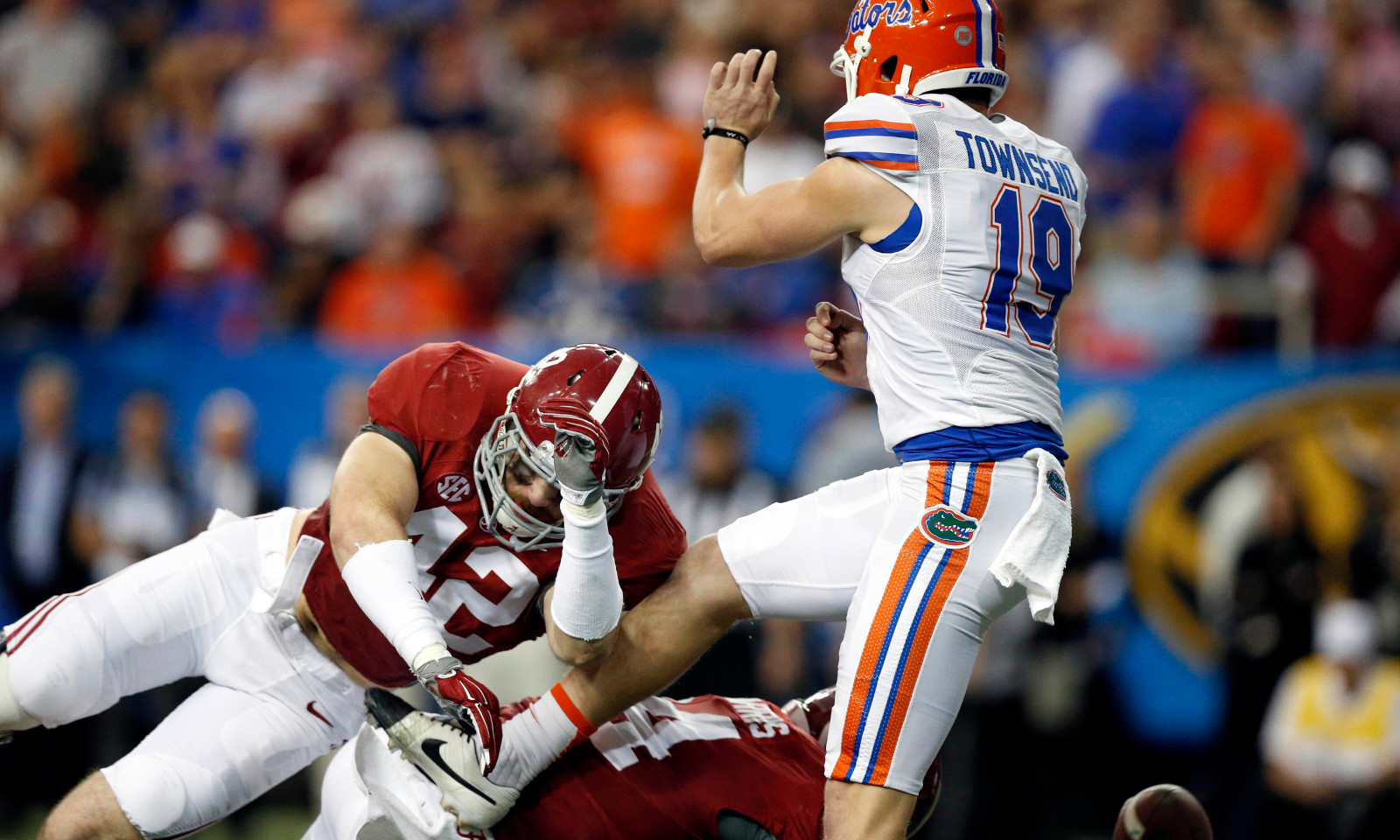 A blocked punt in the 2015 Southeastern Conference Championship Game against Florida was one of Alabama’s highlight moments. Despite it not being recovered for a touchdown, the main purpose goes to who made the play rather than the block or the result—which was a safety.

Keith Holcombe was credited with the block, as he came through untouched for the ball. The Crimson Tide took a 2-0 lead after the play and would go on to defeat the Gators, 29-15.

Holcombe, a Tuscaloosa native, is one of multiple sophomores on defense that is in line for an increased opportunity in 2016. After redshirting his freshman year (2014), he played in all 15 games last season. The 6-foot-3, 230-pound linebacker was a stalwart on special teams, recording six of his nine tackles on coverage team. He accounted for a touchdown-saving tackle against Auburn on a punt return and another special team play against Michigan State, earning him special teams player of the week honors from the coaching staff in both games.

He became one of the latest members to be a two-sport athlete during the spring semester, juggling both football and baseball. Holcombe was third at inside linebacker drills, falling behind Shaun Dion Hamilton and Reuben Foster. He did not participate in this year’s A-Day game because of a slight concussion; however, he has the size and instincts to be solid contributor.

Holcombe was a spark on the baseball diamond, helping the Tide secure a 19-12 home record. He started in 32 of 37 games, notching a batting average of .279 with eight runs driven in.

Holcombe would get on a hot streak in May, as reached base safely in twelve straight games. Coach Nick Saban expressed his concern on players that take on multiple sports back in March, but he said Holcombe is a “good guy, bright guy and a good student.”

Tim Williams, Ryan Anderson and Reuben Foster have all become marquee names within the linebacker group. Shaun Dion Hamilton signed in the same class as Holcombe, and looks to gain more chances too. Holcombe’s feel for the game on special teams should open more doors.

Prior to Alabama, he was a four-star prospect at Hillcrest High School. Holcombe totaled 128 tackles, 11 tackles for loss, two sacks and an interception as a senior in 2013.