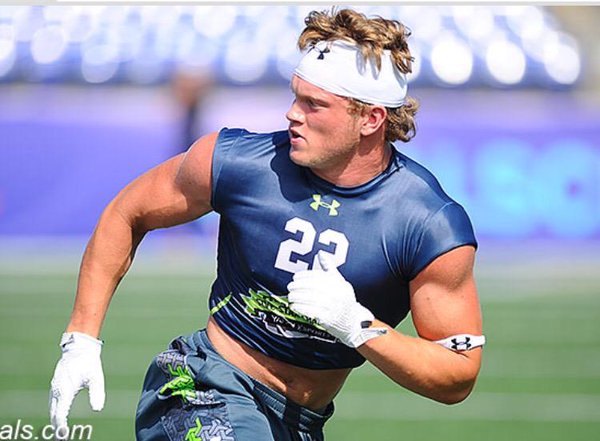 Nate McBride, the nation’s No. 2 inside linebacker has released his Top 5 schools via his Twitter account Tuesday night.

The top linebacker in the state of Georgia included Alabama, Auburn, Georgia, Oregon and Stanford.

Alabama had a good lean from McBride for a while, at one point becoming the Vidalia Comprehensive product’s leader until Kirby Smart’s departure to Georgia changed everything. With Smart being McBride’s primary recruiter for the Tide, the move to Georgia only made McBride playing for his childhood favorite even more intriguing.

Alabama has continued it’s heavy recruitment of McBride as new defensive coordinator Jeremy Pruitt stepped in. This worked out for the Tide as Pruitt was his main recruiter at Georgia. McBride is known for his speed and agility as well as aggressive and instinctive play, which is just the mold that Pruitt is looking for in his speed-heavy, attacking defense.

McBride’s recruitment will be an interesting one to watch as he goes through his senior season after missing all of last year with an injury.