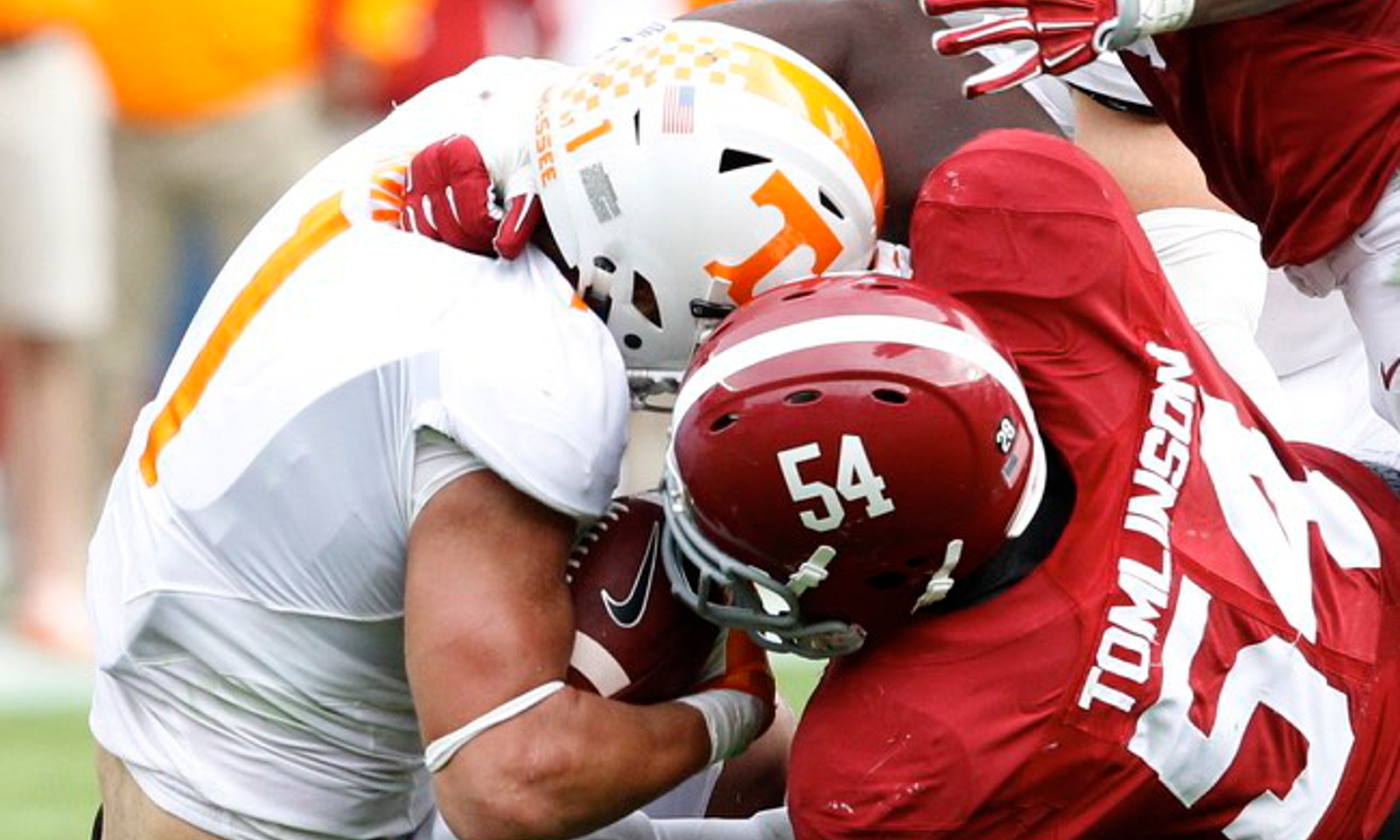 TUSCALOOSA, Ala.| Fans of the University of Alabama football program love each player as if it were their own child, but it’s always special to see big-named recruits become endearing to others.

Coach Nick Saban has yet to fail when it comes to bringing in heavyweights. His 2008 group introduced the world to Mark Ingram, Julio Jones, Terrence Cody and Marcell Dareus, while wide receiver Calvin Ridley put college football on notice as a signee to the Crimson Tide in 2015.

Much attention gets placed on the ’08, 2009 and 2013 recruiting classes; however, next season will be a moment for an individual that enrolled in 2012. Offensively, Saban’s 2012 unit was stacked with T.J, Yeldon, Kenyan Drake, Amari Cooper and Chris Black. On defense, it signed Reggie Ragland, Dillon Lee, Denzel Devall, Cyrus Jones, Geno Matias-Smith, Ryan Anderson and Darren Lake.

Dalvin Tomlinson is one of two players that remain from the 2012 class on defense.

He is seldom mentioned in conversations due to the talent around him, nevertheless, he embodies Saban’s stand on how to affect the quarterback. Tomlinson, a native of McDonaugh, Ga., saw his best output as a two-deep rotation player in 2015. The 6-foot-3, 307-pound lineman posted 34 tackles (12 solo) and four quarterback hurries, while leading all linemen with six pass breakups in 15 games.

Prior to Alabama, Tomlinson was a four-star prospect and powerful defensive lineman at Henry County High School. He totaled 185 career tackles, including 109 in his senior season. Tomlinson would record 16 sacks, four pass breakups, two forced fumbles, a fumble recovery and a blocked kick, earning him recognition from Rivals (recruiting site) as the No. 11 defensive tackle nationally.

Despite being on three Southeastern Conference championship rosters and two national championship squads, Tomlinson has chance to obtain something better next season.

He stands at No. 7 on Phil Steele’s top 44 draft eligible defensive tackles for 2017, and is one of three SEC players in the top 10. Ex-Tide standout D.J. Pettway expects great things from him in 2016.

“Dalvin is probably one of the most underrated players in the country,” Pettway said.

Speaking of Tomlinson’s quick hands, he has six quarterback hurries to pair with six pass breakups in 30 career games. His ability to push the pocket, force quarterbacks (two career sacks) off their spots and knock balls down made him a staple on defense in 2015. He is also sound against the run, helping a unit that limited opponents to 75.7 rush yards/game (led nation).

One player that will benefit from Tomlinson in his senior year is linebacker Jamey Mosley. He enters his third season in the fall as redshirt sophomore and though it may be a push for him to get playing time, Mosley highly regards Tomlinson as one of the best defensive linemen in college football.

“If he dropped 60 pounds, he could easily play outside linebacker,” Mosley said. “His hand placement and striking ability is second to none and he’s never out of place. He does everything the right way.”

After redshirting his freshman year (2012) and watching A’Shawn Robinson and Jarran Reed dominate for two seasons, Tomlinson will finally have his say on the front line in the fall.