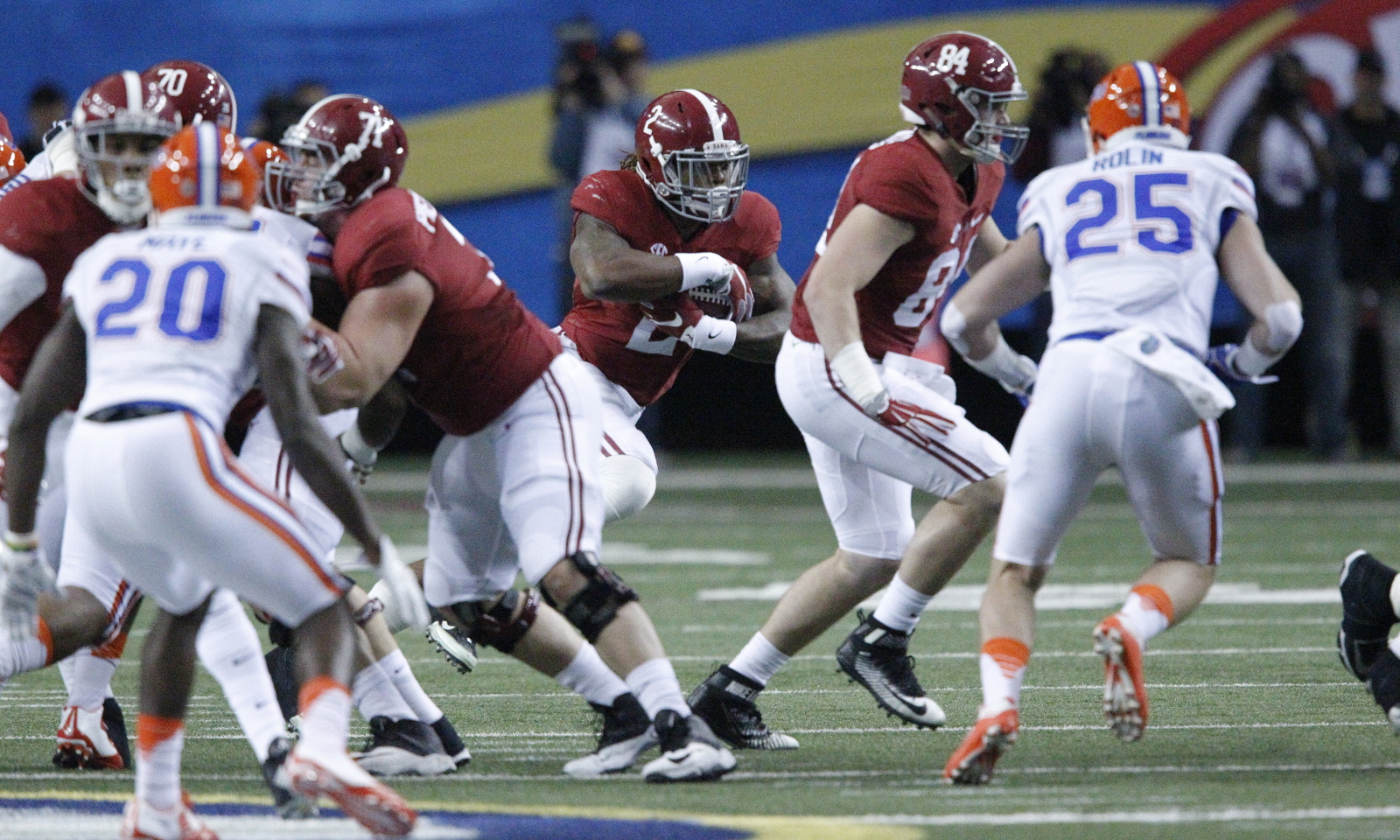 The 2017 NFL Draft should be the least of anyone’s concern, but don’t repeat it to the various media pundits that already have their big boards ready. ESPN’s college football guru and FWAA member Phil Steele released his draft eligible players at all positions in his 2016 college football preview.

Alabama offensive lineman Ross Pierschbacher is about to enter his third year on the roster, after helping the Crimson Tide secure its 16th national championship in school history during the 2015 season. He started all 15 games at left guard, blocking for nearly 200 rushing yards (199.9), 227.1 passing yards and 427.1 total yards per game. Behind Pierschbacher and others, Derrick Henry captured the Heisman Trophy with 2,219 rushing yards and 28 touchdowns on 395 carries.

Ryan Kelly’s departure to the National Football League opened an opportunity at the center position; a role Pierschbacher took full advantage of throughout spring practice.

“It’s a little bit different, but I am embracing the change,” Pierschbacher said back in March.

The Cedar Falls, Iowa native hasn’t taken a snap at center since day one of fall camp in his freshman year, but he is prepared to do anything to help the team win. Prior to enrolling at Alabama in 2014, the 6-foot-4, 304-pound lineman was a consensus four-star prospect and one of the more versatile road graders and pass protectors in the 2014 recruiting cycle.

Look where Phil Steele has Alabama's Ross Pierschbacher on his list of draft eligible centers. pic.twitter.com/0jnLqTf2KJ

Due to Pierschbacher being classified as a redshirt sophomore (redshirted in 2014), he qualifies to declare for the NFL Draft. Steele has Kelly’s successor listed just outside the top 10 in his top 30 draft eligible centers list, standing at No. 11. Pierschbacher recorded 33 knockdown blocks, while missing only seven assignments (1.5 sacks allowed) in 14 games. He was credited with helping on four 200-yard rushing outings, which earned him All-Freshman Team honors from the Southeastern Conference and Sporting News. It will be an interesting endeavor for Pierschbacher in the fall, but he will have experienced players like Cameron Robinson and Alphonse “Shank” Taylor to help him out.