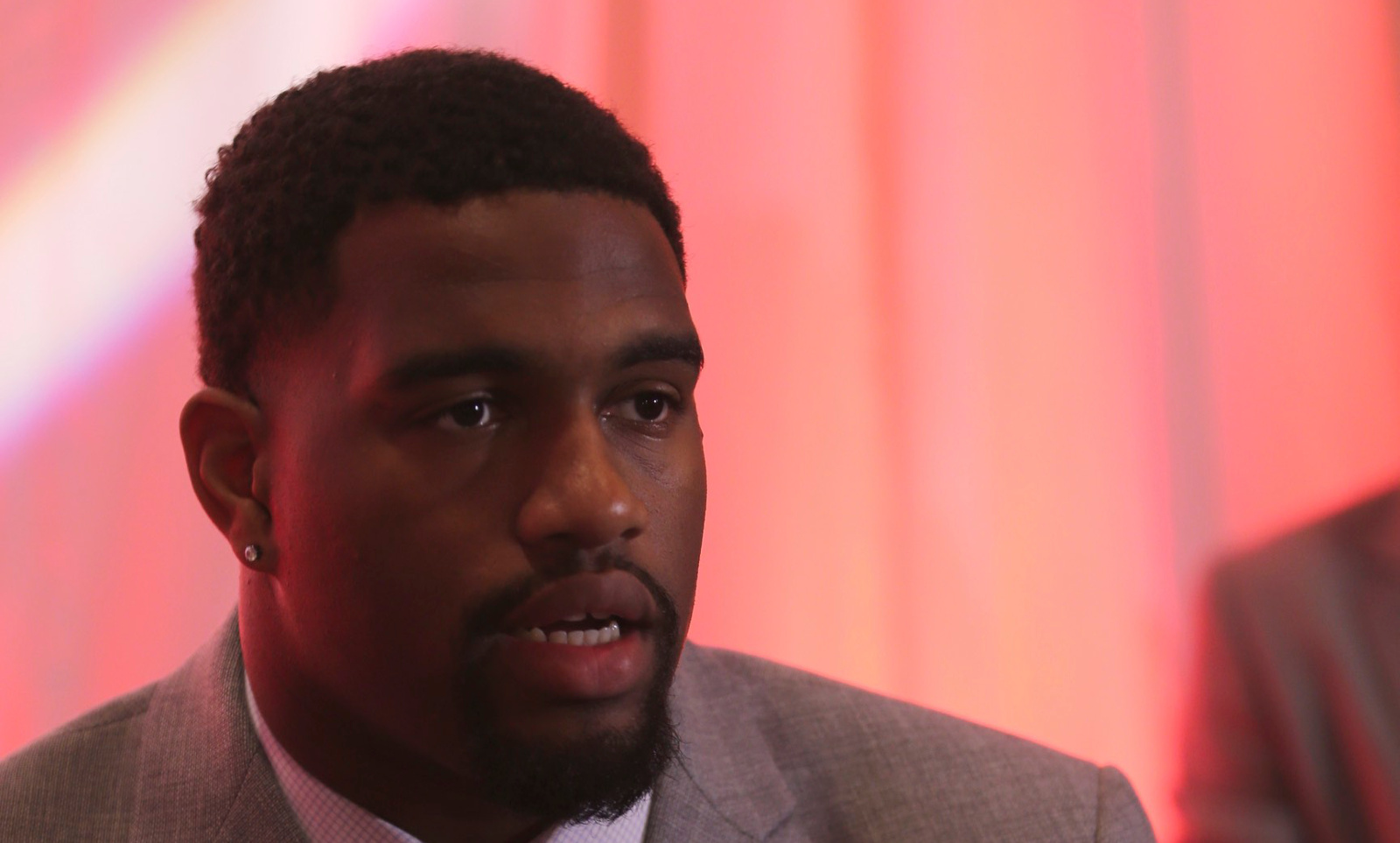 High expectations, crisps suits, strong statements and even a little drama was on the menu throughout the 2016 SEC Media Days at the Hyatt-Regency/Winfrey Hotel last week.

Media pundits concluded the event on Thursday by voting for its 2016 preseason All-SEC Team.

With 331 total voters in the room, Alabama football exited with 13 players named across the first, second and third team lists. Seven Crimson Tide student-athletes were selected for the first team, most by any among the Southeastern Conference. Four of the seven guys listed—O.J. Howard, Jonathan Allen, Reuben Foster and Eddie Jackson—were juniors that could have declared for the NFL Draft; however, all chose to return to Tuscaloosa for one final year.

All seven players have a critical role in this upcoming season, as Alabama looks to repeat as national champions for the first time since the 2011 and 2012 campaigns. Listed below is an in-depth breakdown of all seven individuals that the Tide landed on the All-SEC first team.

Ridley was one of three primary vote getters on media days, joining Ole Miss’ quarterback Chad Kelly and LSU’s running back Leonard Fournette. He accepted the challenge left behind from ex-Tide receivers Amari Cooper (2012-14) and Julio Jones (2008-10), and shined on the big stage.

He brought in seven touchdowns, including five coming against quality opponents. The 6-foot, 188-pound target had four 100-yard performances, with his finest moment occurring against Michigan State in the Cotton Bowl. He amassed 138 receiving yards and two touchdowns on eight grabs.

Patience is something Howard talked about during interviews after the national championship game and at SEC Media Days. It is hard to be patient when everyone expects greatness from you at the very start. He did not record a touchdown in all of the 2014 season and despite tallying 335 receiving yards on 33 catches, Howard did not see the end zone during the 2015 regular season.

The 6-foot-6, 251-pound tight end found other ways to contribute to the team, until finally breaking out as a pass catcher in the College Football Playoff. He grabbed three passes for 59 yards in Alabama’s 38-0 win over Michigan State in the Cotton Bowl (CFP semifinal), while his ground-breaking performance came against top-ranked Clemson in the CFP national championship game.

When asked about Howard at media days, coach Saban said “he is someone who is a threat and should be developed as a threat in our offense and should be used as such.” To make a wordy quote short, Saban and offensive coordinator Lane Kiffin both intend to feature Howard more.

He finished 2015 as the team’s third-best receiver, posting 38 catches for 602 yards and two touchdowns.

Once his punishment has ended, Robinson will more than likely suit up for Alabama’s season opener against Southern California. He battled knee and shoulder issues throughout 15 games last season, but played his best down the stretch. Robinson blocked for ten 100-yard rushing performances, while guiding the Tide to an average of 199.9 rush yards/game (third in SEC).

He set the edge at left tackle for the school’s second Heisman Trophy winner, running back Derrick Henry. Robinson led the way for Henry’s 2,219 rushing yards and 28 touchdowns on 395 carries.

He was a Freshman All-American per Sporting News and Football Writers Association of America in 2014, after allowing just three sacks in 861 snaps. Robinson has surrendered just 5.5 sacks in 29 career games, making him a top consideration for an early first-round draft pick.

He has been named as one of 70 candidates to the 2016 preseason Outland Trophy list.

With A’Shawn Robinson and Jarran Reed garnering the attention, Jonathan Allen was able to steal some headlines as a sacks specialist on the edge in 2015. He led the team in both sacks (12) and tackles for loss (14.5), and was credited with 36 tackles, four pass breakups, six quarterback hurries and two forced fumbles. All 12 of Allen’s sacks came in prime time games, with his best moments happening against Wisconsin (two sacks), Texas A&M (five tackles, two sacks), Mississippi State (three sacks, career-high) and Michigan State (two sacks, Cotton Bowl).

He retained his status of being a first team All-SEC defensive end from 2014 to last year. Allen has been named to the 2016 preseason award watch list for the Bendarik and Nagurski honors.

The Auburn (Ala.) High School alumnus hurt Tiger fans everywhere, when he chose to attend the University of Alabama in 2013. Foster spent his first two seasons providing flashes of what he could be as an inside linebacker, but would also sustain injuries moments after a big play.

He added on weight as protection in the summer of 2015 and it paid off, as Foster played in all 15 games. He finished second in tackles (73), while adding eight tackles for loss, a sack, nine pass breakups and three quarterback hurries. Foster is mostly remembered the crushing hit he laid on Leonard Fournette in 2014; a match-up in which the Tide won 20-13 in overtime.

The departures of Reggie Ragland, Dillon Lee and Denzel Devall to the National Football League opens a door for Foster to lead the troops heading into the highly-anticipated season.

He has been named to the 2016 preseason award watch list for the Bendarik, Nagurski and Dick Butkus honors.

He was originally recruited as a cornerback in 2013, but after a knee injury and some rough outings in 2014, Jackson was transitioned to safety in the summer of 2015.

It was a move that became prolific for the Fort Lauderdale, Fla., native as he totaled six interceptions and returned two for touchdowns. Jackson finished fifth on the team in tackles (46), and added three tackles for loss, two pass breakups and a forced fumble to his stat sheet.

Four of his six picks came against SEC schools, including two that were returned for scores against Texas A&M and Georgia. Jackson is tied with O.J. Howard in representing Alabama on the most preseason award watch lists with four: Bednarik, Nagurski, Jim Thorpe and Walter Camp.

The Colorado native started slow last season, but greatly improved throughout the year. Scott averaged 44.2 yards per punt, while dropping 25 of his 70 attempts inside the 20-yard line.

He proved why he was one of the nation’s most sought after punters in 2014, averaging 48 yards a boot (led nation) and driving opponents’ inside the 20 on 31 of 55 tries. Scott earned Freshman All-American honors from Sporting News and Football Writers Association of America and All-American recognition from USA Today, Sporting News and ESPN. He’s been named to the 2016 preseason award watch for Ray Guy and Wuerffel Trophy.