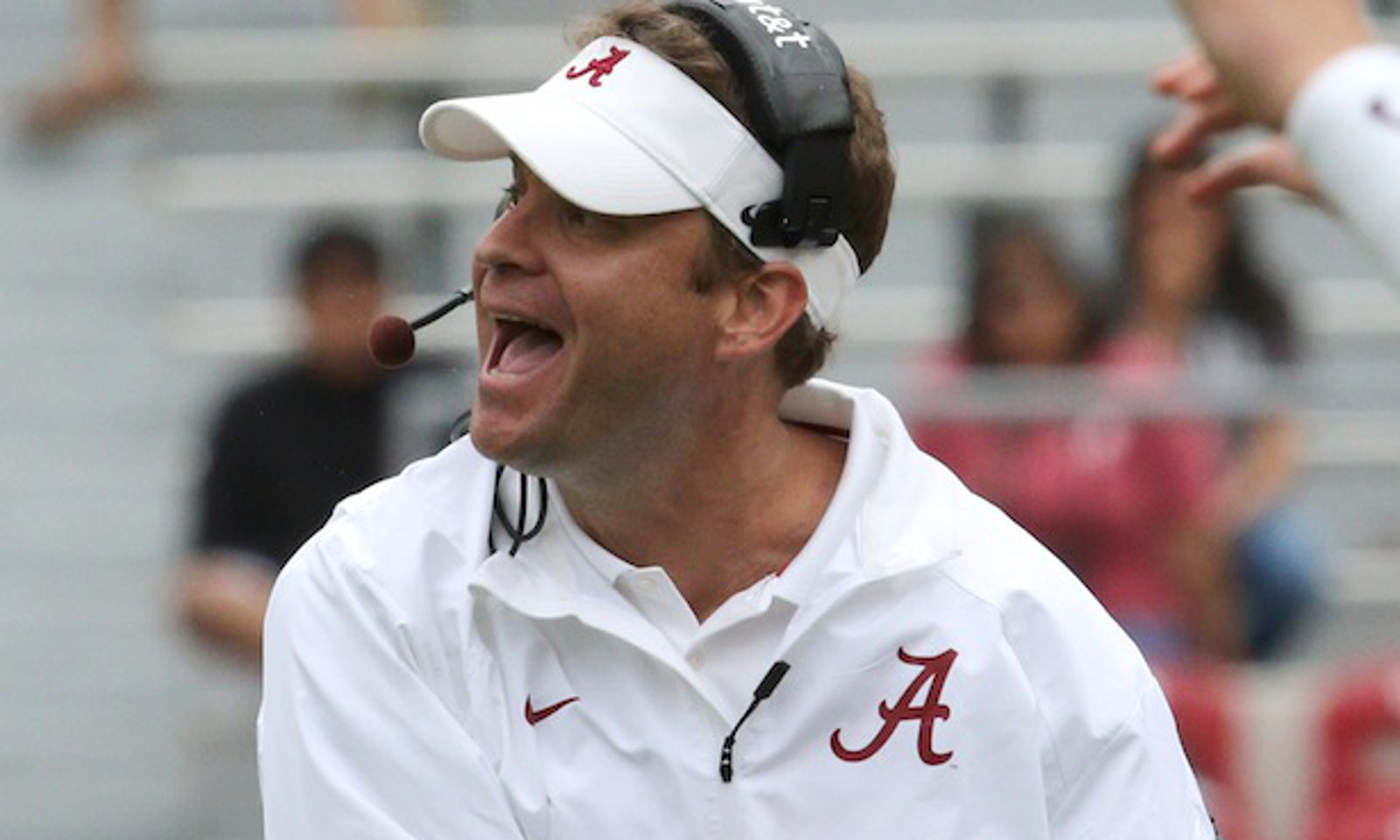 Lane Kiffin is still salted about what happened to him at Southern California almost three years ago.

He took a program that was under a two-year postseason ban (NCAA sanctions, Reggie Bush), and still won 65.1 percent of his games overall as a head coach from 2010-13.

Kiffin was fired from USC in September of 2013, after going 3-2 in the first five games of the regular season. Despite posting an 18-7 record during the 2010-11 campaigns (bowl ban), the Trojans failure to win a national championship in 2012 was the final straw it had of the Kiffin regime.

He’s still doing damage to USC’s pocket, as Kiffin will receive the final $2.2- $2.7 million from his $3.4 million buyout this season. More so than getting his money, Alabama’s third-year offensive coordinator wants to embarrass his former team at AT&T Stadium in Arlington, Texas.

The Crimson Tide will face the Trojans on Saturday, Sept. 3, to kick off its 2016 season.

The sanctions may have wiped away two conference titles (2004-05), an Orange Bowl championship (2004), a BCS title (2004) and all of the 2005 season, yet Kiffin still won 51 of 62 games—netting a win mark of 82.3 percent as an assistant. To this day, USC remains a two-time national championship from the AP. Kiffin would produce two more 1,000-yard wide outs—Marqise Lee and Robert Woods and another 3,000-yard passer in Matthew Barkley as a head coach, prior to being fired.

He witnessed three Heisman Trophy winners (Reggie Bush, 2005 vacated) and numerous All-American selections in 10 seasons, while being a marquee name at USC.

His hire to Alabama in January of 2014 raised some eyebrows, but in two seasons, he’s done everything that Nick Saban and the fan base has wanted from him. Kiffin guided the offense to two Southeastern Conference championships and a College Football Playoff national title last season.

Southern California was the envy of everyone during the early 2000s, and Kiffin feels that he was cheated when he was dismissed after trying to right the ship of a program in peril. The 41-year-old is quick with the hands on Twitter, but in trying to prove a point, it will be his aggressive play calling that will serve as revenge in September.