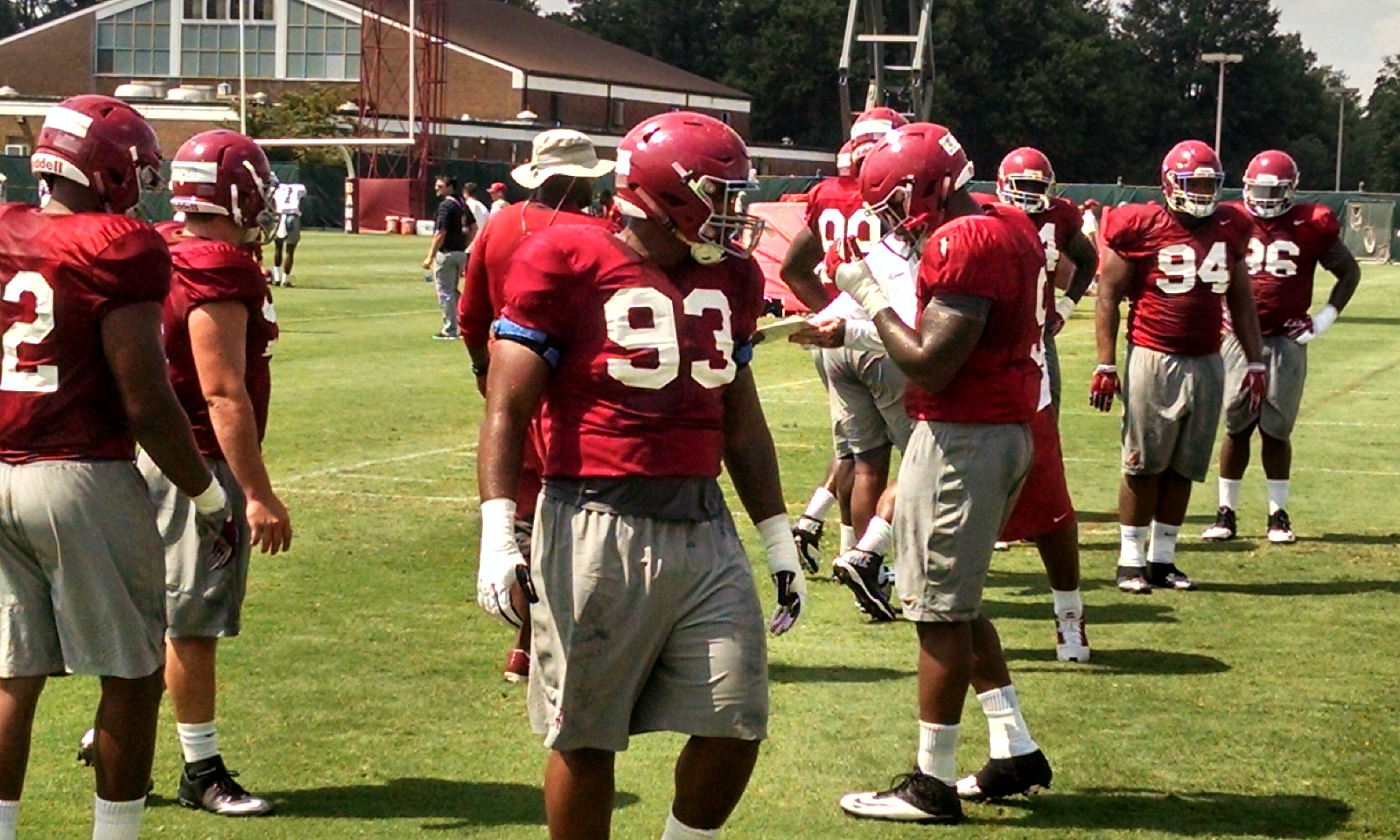 Players donned jerseys, shorts and helmets for a third straight session, as the Tide prepares for its annual fan day on Sunday at Bryant-Denny Stadium.

– Alabama’s 2016 signees Raekwon Davis and Jamar King (JUCO transfer) were both in the rotation, jogging with coach Dunbar.

– Rotation at safety has been the same all week under defensive backs coach, Derrick Ansley. Eddie Jackson led drills and was followed by Laurence Jones, Ronnie Harrison and Deionte Thompson.

– Cornerback Tony Brown continues to work beside safeties, as he’s done since late in 2015.

– Sophomores Minkah Fitzpatrick and Marlon Humphrey are the two mainstays at cornerback with coach Saban. Kendall Sheffield followed them during the second viewing period.

– O.J. Howard, Hale Hentges, Brandon Greene and Miller Forristall were the first four tight ends performing blocking drills in the first viewing period. Irving Smith, a freshman in the Tide’s 2016 class, stood behind the first group. He stands at 6-foot-4 and weighs 235 pounds.

– Calvin Ridley and ArDarius Stewart continue to lead both groups of wide receivers. Graduate transfer Gehrig Dieter had a couple of nice grabs.