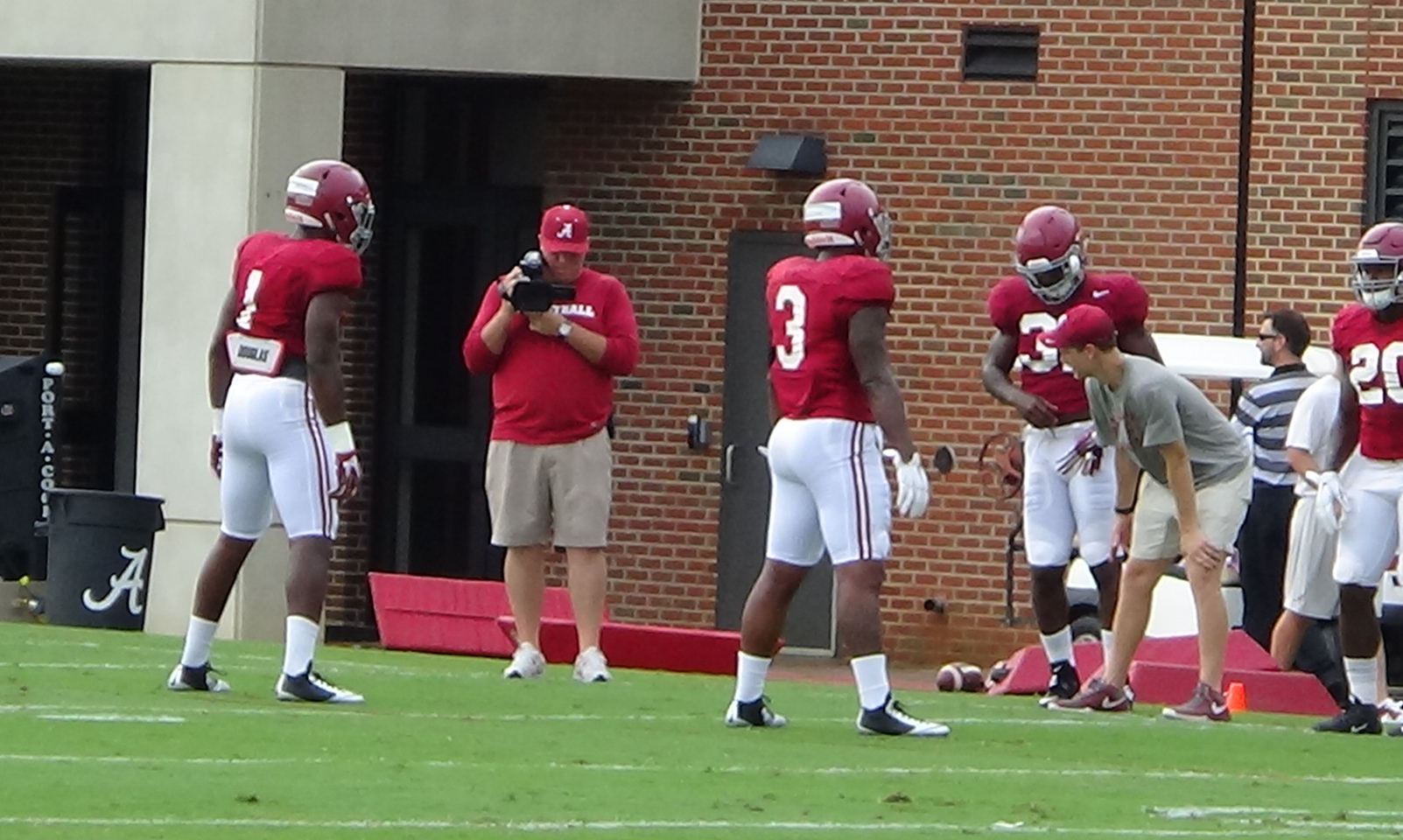 Coach Nick Saban and Alabama returned to practice on Monday to start week two of fall camp. It hit the field three times last week, and held an open practice on Sunday during its 10th annual fan day.

The players donned full pads for the first time in five sessions, while working in cloudy, 84-degree conditions with rumbles of thunder and lightning in the background.

-Derrick Gore was not spotted with the other running backs. Saban mentioned in Sunday’s press conference that the former walk-on has a sprained knee and will miss two weeks.

-David Cornwell (foot) continues to be limited in practice, aside from throwing passes to tight ends. He stood to the side in drills between quarterbacks and receivers, leaving the rotation to Cooper Bateman, Blake Barnett, Jalen Hurts and a walk-on, Montana Murphy.

-Freshman wide receiver Trevon Diggs (No. 7) was seen taking reps with safeties. He did the same thing during Sunday’s open practice at Bryant-Denny Stadium, gaining reps on offense and defense.

-Reuben Foster and Shaun Dion Hamilton was the first group of inside linebackers through drills. Rashaan Evans and Keith Holcombe followed them, while Keaton Anderson and Joshua McMillion were next in line. Ben Davis and Lyndell Wilson, both five-star recruits, lined up the rear under defensive coordinator Jeremy Pruitt.

-Four scouts from the New York Jets watched practice from the sidelines. A scout from the Atlanta Falcons and one from the Minnesota Vikings joined them.

-Alabama starts the first of two-a-day practices Tuesday at 9:30 a.m.