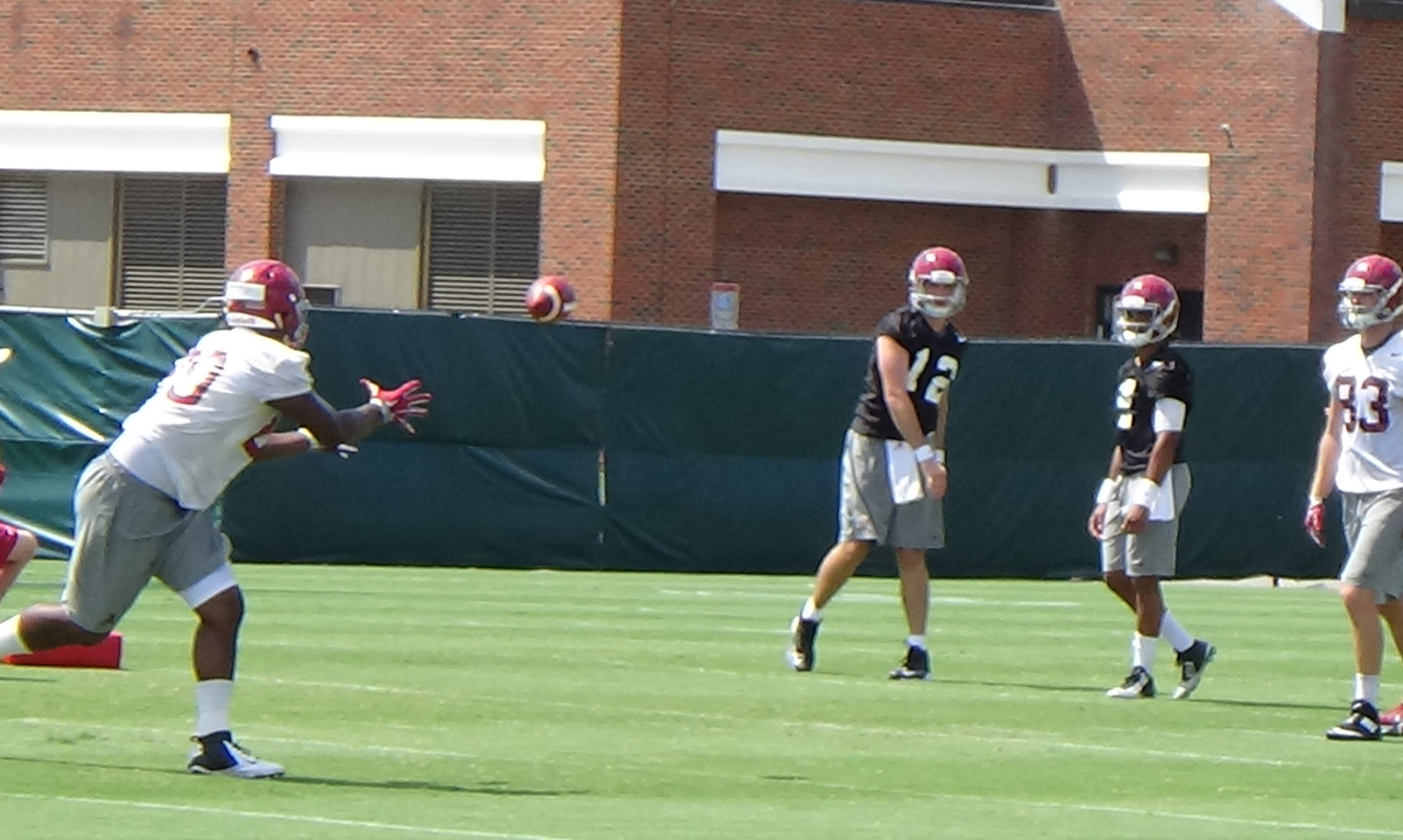 -Bo Scarbrough was back in action, after sitting out Thursday (right leg cramp). He took all running backs through drills, and was followed by Damien Harris, Derrick Gore, B.J. Emmons and Joshua Jacobs.

-Nothing different happened with quarterbacks, aside from a fe a few nice throws from Blake Barnett and Jalen Hurts. All guys worked on patterns with tight ends, prior to wide receivers.

-Coach Saban had all cornerbacks working on attacking the ball. Marlon Humphrey and  Minkah Fitzpatrick led drills, while freshmen Shyheim Carter and Jared Mayden stood behind them.

-Practice will continue on Saturday at 2:30 p.m.

-Fan Day will be held at Bryant-Denny Stadium, starting at 2:30 p.m.