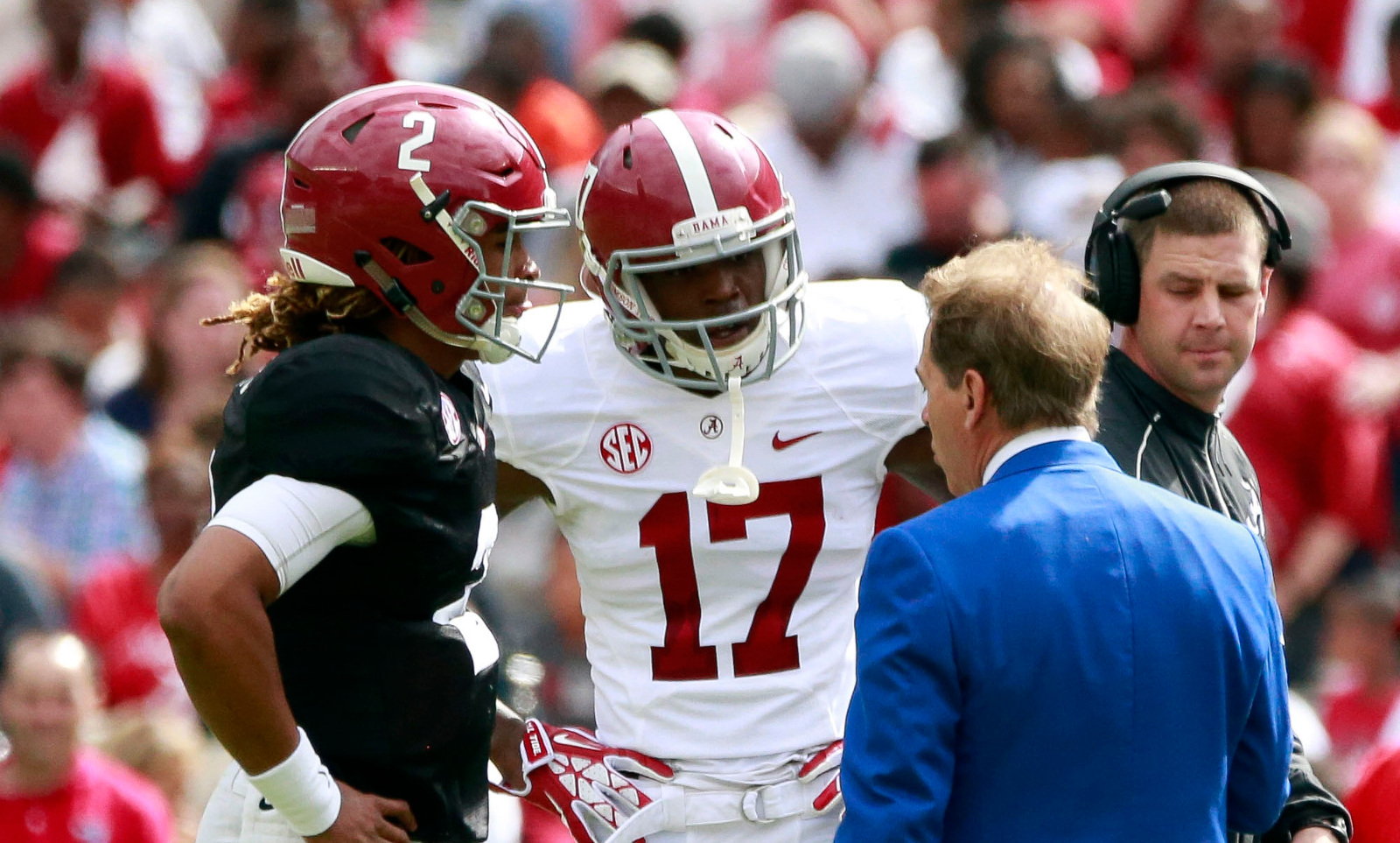 The Alabama-Auburn rivalry known as the “Iron Bowl” is one of the deepest rivalries in college football. It’s almost like have that uncle who’s drunk and dancing at every party, or an aunt that brings all 10 of her children to eat at a relatives house for dinner. To acknowledge them is difficult, yet ignoring them is worse because there will be no end to the constant petty complaints.

Charles Barkley, a native of Leeds, Ala., played basketball at Auburn from 1981-84.

After winning the Southeastern Conference Player of the Year award in 1984, Barkley would go on to have one of the more controversial, yet flourishing careers in the National Basketball Association.

He spent time with the Philadelphia 76ers, Phoenix Suns and Houston Rockets, earning 11 NBA All-Star game appearances in 16 years. His No. 34 jersey has been retired at Philadelphia and Phoenix.

Barkley sat down with the most powerful man in college football on Monday, to discuss the identity of this year’s Alabama team and the excitement that is Nick Saban away from the field.

Aside from grilling, taking players to his lake house and the occasional golfing that Barkley wants Saban to help him improve on, the Auburn University alumnus was very complimentary of Saban when it comes to giving young, black athletes another chance after making a mistake.

In a YouTube video from AL.com, Barkley said Auburn fans go crazy when he brags on Saban to them. He mentioned Saban’s consistency at winning, but also preparing players to be men.

Saban: “I think a lot of people see discipline as punishment and they want to see punitive action. They either wants us to kick the guy off the team or suspend him a bunch of games, but how is that going to change his behavior. There are a lot things in between that you can do to help a guy change his behavior, and I’ve had a lot of success helping guys by doing things in between to help his behavior than just being punitive. I don’t think suspending guys is always the first step.”

To a man that has won five national championships and the respect of every other team in college football, one would think he has no regrets. For Saban, he told Barkley that if he could go back and change something, it would be to spend more time with his children when they were younger.

Ever the comedian, Barkley threw something into the interview on Saban as a grandfather.

“Have you changed any diapers,” he said.

To which Saban said, “No” with a laugh.

Despite playing basketball in high school, the 64-year-old has been mostly noted for his accolades in football. Saban, however, does dabble in some pickup games during the spring.

When Barkley brought up Saban’s handles, the Tide’s football coach said “I played the point guard position. When Avery [Johnson] came in I knew he played 13 years, but I said look if you want to play noontime basketball with us, you are going to have to move off the ball because I’m the point guard.”

He’s still gun shy about taking three-point shots, but Saban did tell Barkley that he would play on his team. When it comes to fouls, Saban ended the conversation on a candid note.

“Well, most of the guys I’m playing with work for me,” he said. “So you could get fired.”

Barkley seized a perfect moment to inject former Tide defensive coordinator Kirby Smart in the conversation. “So is that how Kirby Smart got fired,” he said.

Saban, who at this point could not control his laughter, said “No, Kirby was always on my team.”

Seeing two elder statesmen interact well together, despite both being from different programs and sports is a good thing. Saban and Alabama will head into week two of fall practice on Monday.