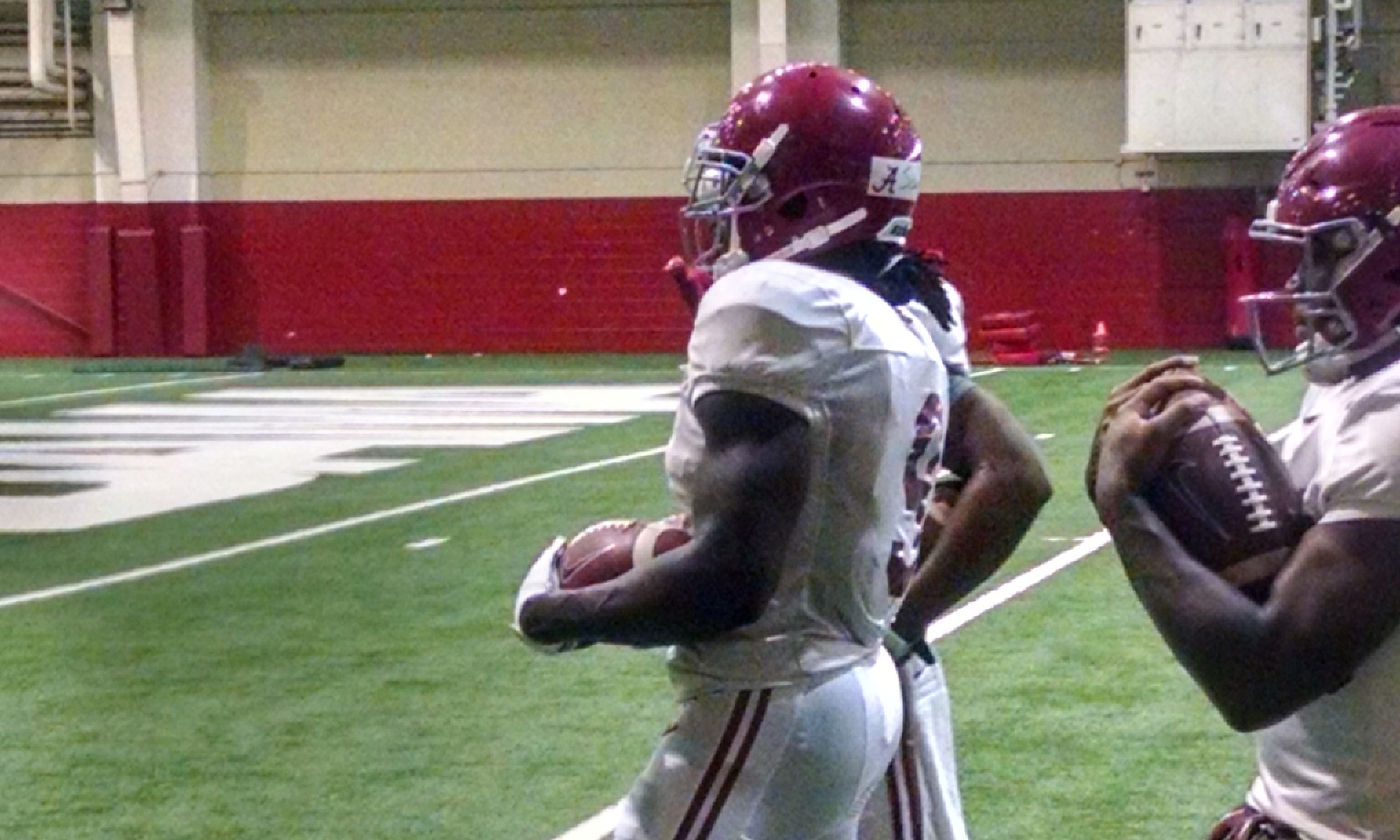 Despite very little rain and 87-degree weather conditions, coach Nick Saban and Alabama took its seventh practice indoors on Wednesday. The players were fully padded for a third straight session.

-Freshman running back Joshua Jacobs (No. 25) was limited through drills. He stood at the back with Derrick Gore, who according to Saban will miss two weeks due to a sprained knee.

-Avery Reid, Lawrence Erekosima and a back wearing No. 47, worked behind B.J. Emmons, Damien Harris and Bo Scarbrough in position drills.

-Strength and conditioning coach Scott Cochran stood behind each back and tried to punch the ball out of their hands.

-Alabama wide receivers were divided into two lines. ArDarius Stewart led one and had Cameron Sims, Xavian Marks and T.J. Simmons behind him. Calvin Ridley took the other and had Gehrig Dieter, Derek Kief, Raheem Falkins (limited) and Robert Foster behind him.

-Saban and defensive backs coach Derrick Ansley had the secondary line up in dime. Marlon Humphrey and Kendall Sheffield were the cornerbacks, Eddie Jackson and Ronnie Harrison were the safeties, Minkah Fitzpatrick was Star and Laurence “Hootie” Jones stood at Money.

-NFL scouts from the Cleveland Browns, Atlanta Falcons and San Francisco 49ers all watched practice from the sidelines.