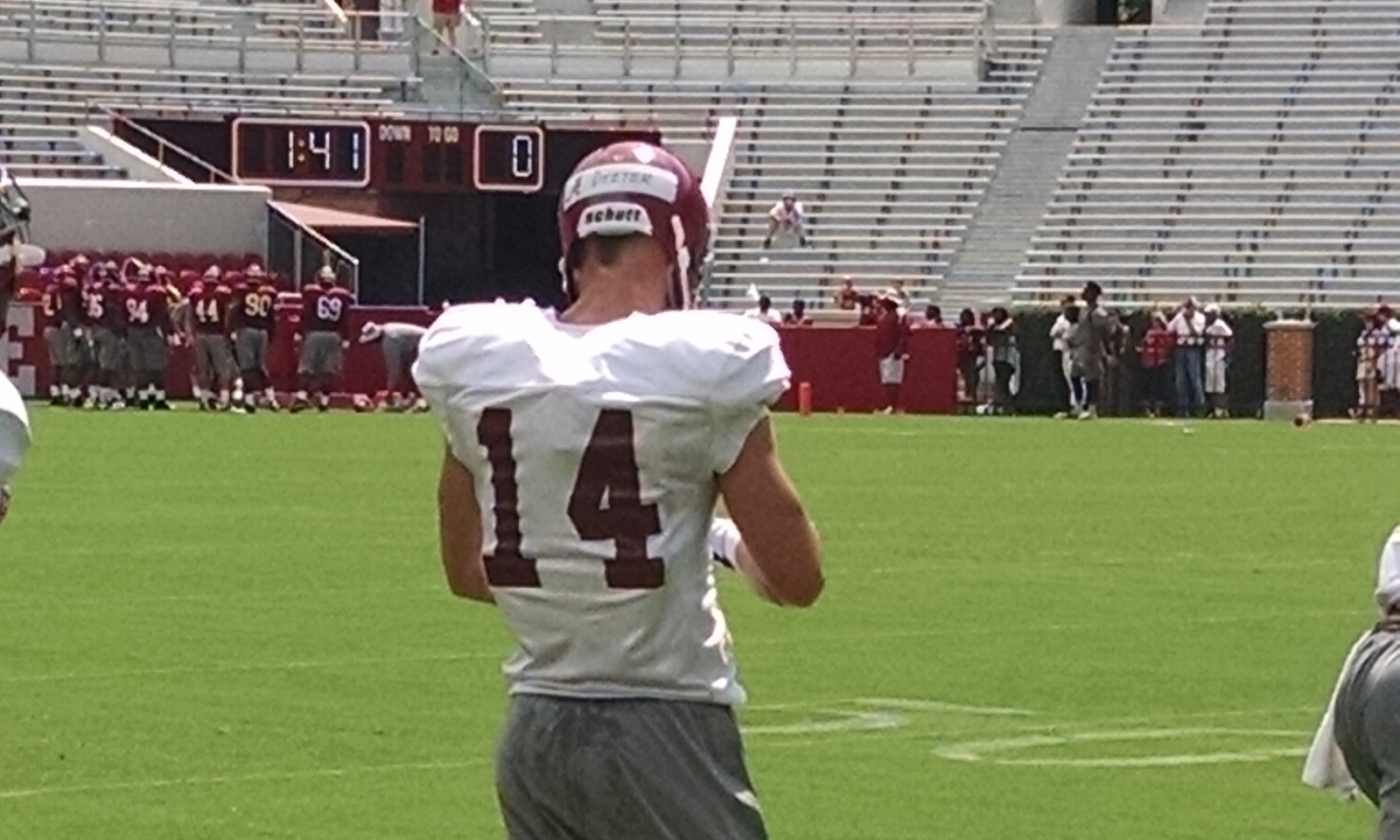 Despite classes starting for the 2016 fall academic school term at the University of Alabama, head coach Nick Saban and the Crimson Tide hit the practice field Wednesday for its 16th session.

The players worked in sunny, 92-degree weather conditions on the 13th day of fall camp.

–Rashaan Evans was more involved in position drills with inside linebackers, after being limited on Monday and last week. He was third behind Shaun Dion Hamilton and Reuben Foster.

–Joshua McMillon returned to work today, after not being spotted during Tuesday’s practice.

-Cornerback Kendall Sheffield missed his fourth session, due to ESPN staff writer Gerry Hamilton reporting on him being granted a release from the program earlier today.

-Linebacker Keith Holcombe was absent during both viewing periods.

–Keaton Anderson worked with safeties once again, falling behind Eddie Jackson, Ronnie Harrison, Laurence “Hootie” Jones and Deionte Thompson in drills. Coach Saban mentioned in his presser on Tuesday that Alabama is experimenting with Anderson at Money (dime package).

-Alabama had multiple players sporting black, non-contact jerseys, including Nigel Knott (knee), Richie Petitbon (knee), Ronnie Clark (Achilles) and Derrick Gore (knee). Gore still was in full pads and took reps at the end of the running back group, despite having the black jersey on.

-Like Tuesday, the Tide lined up in its first-team dime defense. Reuben Foster stood at middle linebacker, Marlon Humphrey and Anthony Averett were the corners, Minkah Fitzpatrick was at Star, Eddie Jackson and Laurence Jones were the safeties and Ronnie Harrison stood at Money.

–Jared Mayden and Tony Brown lined up at cornerback in the group’s second-team dime look. Trevon Diggs and Deionte Thompson were the safeties, Laurence Jones stood at Money (Keaton Anderson, shadowing), Shyheim Carter was at Star and Shaun Dion Hamilton was middle linebacker.

-Walk-on quarterback Josh Palet (No. 11) was throwing with the quarterbacks.

-Alabama will continue with practice on Thursday at 3:30 p.m.