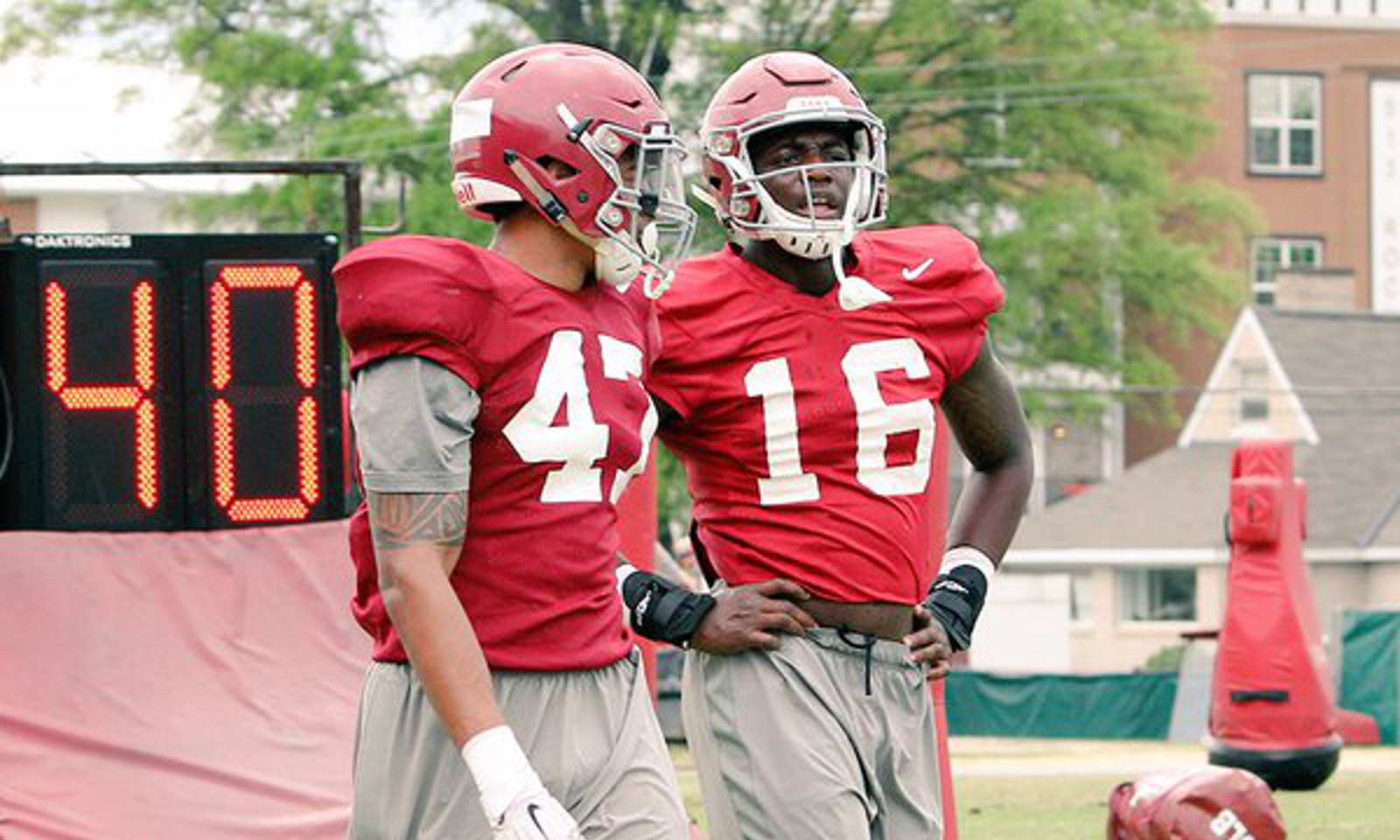 TUSCALOOSA, Ala.| The sky has not fallen nor changed color when it comes to Alabama football this offseason, but even in adversity, good news always seems to hit the forefront.

He was the instinctive linebacker who posted over 500 career tackles at Theodore High School (Mobile, Ala.), and would follow up that effort with a decorative tenure at the University of Alabama. Mosley’s career would end with over 300 tackles (317), two BCS national championships (2011-12), a Southeastern Conference title (2012), a Butkus Award (2013) and a host of other accolades.

As he enters his third season with the Baltimore Ravens, another Mosley is ready to take the throne in Tuscaloosa. C.J.’s younger brother, Jamey Mosley, was also an alumnus of Theodore.

He shadowed his brother’s game and got immersed into Crimson Tide culture, as he watched the elder Mosley suit up and perform from 2010-13 at Bryant-Denny Stadium. No lack appears for either of the two where talent, determination and confidence is concerned; however, it has been more of a push for Jamey in earning the respect of everyone around him. While C.J. enrolled as a scholarship athlete, Jamey entered in 2014 as a walk-on. Walk-ons aren’t guaranteed a spot on the roster, nevertheless, they are one’s who hit the hardest, sweat the most and compete with everything in them just to give the starters a look of what they will face on Saturdays in the fall.

Mosley, like Rashad Johnson and Michael Nysewander, met the challenge with toughness.

After two years of not being on the field, he may finally get his chance this season. The 6-foot-5, 240-pound outside linebacker earned an athletic scholarship from the university on Tuesday. Head coach Nick Saban expressed his joy during a presser, while a 2014 Pro Bowl star took to social media.

Mosley’s mother, Tracy Mosley, spoke with Touchdown Alabama Magazine on the excitement of seeing her son receive a scholarship.

“We are so proud of Jamey,” Mosley said. “He never wavered with his work ethic. He’s done an outstanding job as a student-athlete at Alabama. We expected nothing less and are truly grateful and honored that he has received a scholarship.”

On Tuesday’s airing of The Way It Is via Tide 102.9 FM, Nysewander voiced his feelings on his former teammate and how thrilled he was for Mosley’s latest accomplishment.

“He’s very deserving of the scholarship,” Nysewander said on Mosley.

“I am looking forward to seeing him on the field.”

Regardless of whether Alabama runs a lot of plays from its base defense or not, Mosley is in the running to start at strong-side linebacker (SAM) in the team’s 3-4 alignment.

He will enter the upcoming season as a redshirt sophomore.