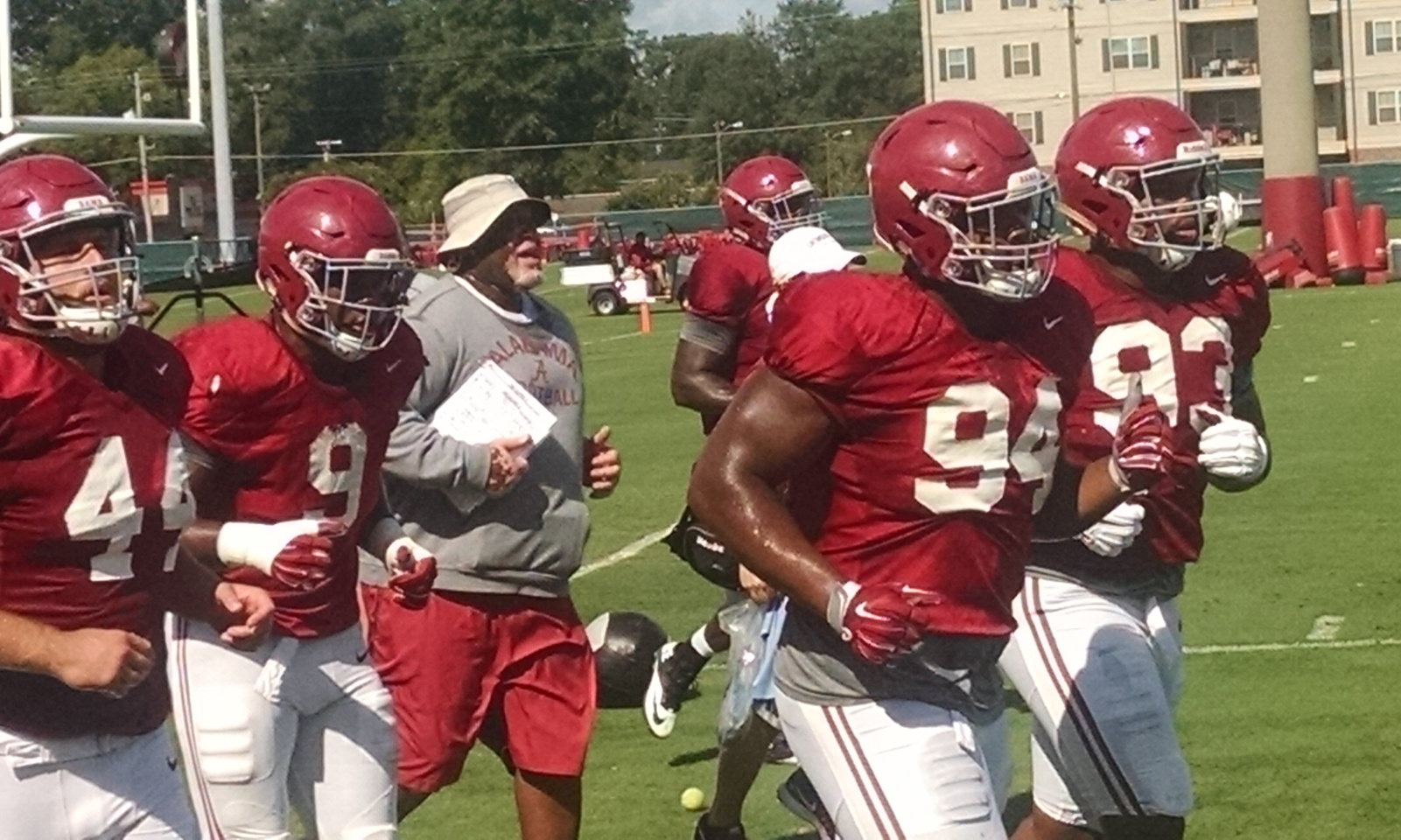 Alabama endured its third morning practice and 13th overall today in sunny, 82-degree weather conditions. The practice came on the heels of the team’s inaugural scrimmage last week and having a day off to rest and heal up. Players worked in full pads to kick off a second full week of practice.

-Defensive lineman Dalvin Tomlinson (ankle) wore a black, non-contact uniform and was spotted riding a stationary bicycle. According to Saban, the senior defensive tackle twisted his ankle during Saturday’s live scrimmage and is scheduled to “miss a few days.”

–Da’Shawn Hand returned to practice after not scrimmaging last week.

–Rashaan Evans appeared to be limited during the second viewing period. He did a couple of drills with inside linebackers, but mainly stayed at the back of the line and jogged around.

-The first-team unit on the offensive line (left to right) continues to be: Cameron Robinson, Lester Cotton, Ross Pierschbacher, Bradley Bozeman and Jonah Williams. Coach Brent Key got on this group a lot for not properly executing technique and leverage, while working the sled.

-Defensive back, like defensive linemen worked in groups of three under coach Saban. Marlon Humphrey, Shyheim Carter and Eddie Jackson lined up in the first group. Jared Mayden, Minkah Fitzpatrick and Ronnie Harrison performed drills in the second group.

–Bo Scarbrough was back in action, after Saban said he got “dinged up” last week. He led all running backs through position drills, with Damien Harris, B.J. Emmons, Lawrence Erekosima and Joshua Jacobs behind him.

-Both lines of quarterbacks have remained the same, even after one scrimmage.

-Quarterbacks went through pass-catching drills with tight ends, during the first of two viewing periods. Cooper Bateman led one line, with Blake Barnett standing behind him. David Cornwell led the other line, with Jalen Hurts lining up behind him.

-The Tide will return to practice tonight at 7:30 p.m. for its last two-a-day session.