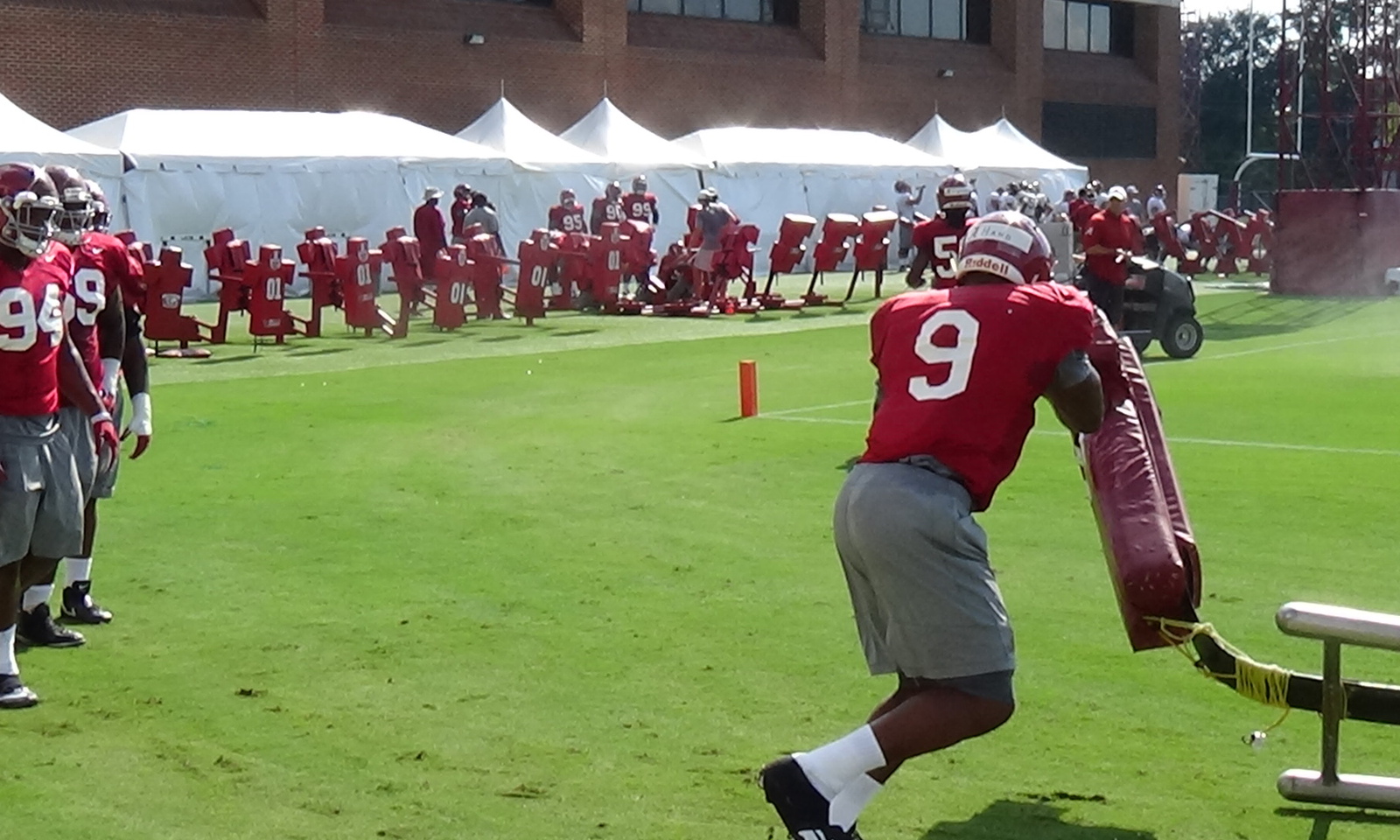 Alabama hit the practice field Tuesday, after having Sunday and Monday.

The players worked in sunny, 90-degree weather conditions, as the Crimson Tide kicks off its final week of fall camp. It starts implementing its game plan for Southern California next week.

-Coach Karl Dunbar had his group (defensive line) working the sled. He got upset at times when players were not performing the drill correctly, until freshman Raekwon Davis brought a smile to his face.

–Reuben Foster was spotted at the end of the line for inside linebacker drills in the first of two viewing periods. From a glance, it appeared as if he was getting work done on his right arm.

-Shaun Dion Hamilton led the group a couple of times, prior to Foster’s return.

-After missing last week (ankle), linebacker Keith Holcombe was back in action. He was fourth in position drills, behind Rashaan Evans, Hamilton and Foster.

-During the second viewing period, Alabama lined up in its nickel package. Reuben Foster and Rashaan Evans were the linebackers, Marlon Humphrey and Anthony Averett stood at both cornerback spots, Eddie Jackson and Ronnie Harrison were the safeties and Minkah Fitzpatrick was at Star.

-The Tide has remained the same along its offensive line throughout fall practice. Its alignment from left to right: Cameron Robinson, Lester Cotton, Ross Pierschbacher, Bradley Bozeman and Jonah Williams.

-As for quarterbacks, Cooper Bateman and David Cornwell are still the line leaders. Blake Barnett continues to stand behind Bateman, while Jalen Hurts lined up behind Cornwell.

–Alabama will continue with practice on Wednesday at 3:30 p.m.