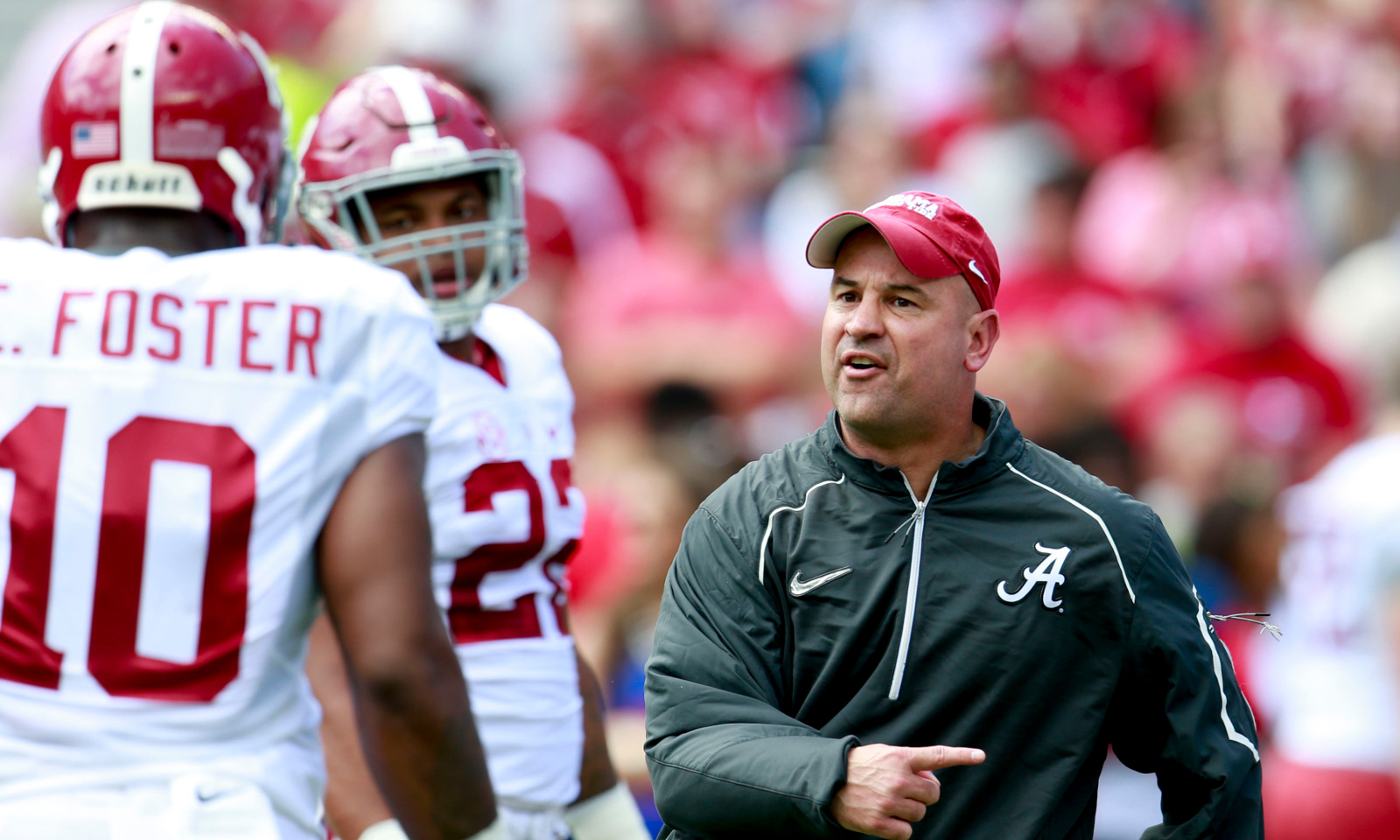 The Alabama defensive coordinator took the podium during the team’s fan day back on Aug. 7, to address the issue of this year’s unit not being like those from recent seasons.

He’s gotten the players to buy into seeing that nothing has been done yet, but with hard work and dedication, this group has an opportunity to turn some heads. With the switch from Kirby Smart to Pruitt, the Crimson Tide lost an animated leader but it gained an aggressive play caller.

Prior to last season, Alabama’s highest sack total was 35—coming in 2012.

Despite having C.J. Mosley, Adrian Hubbard, Xzavier Dickson and Damion Square all a part of that bunch, the likes of Jonathan Allen, Dalvin Tomlinson, Da’Shawn Hand, Tim Williams, Reuben Foster and Rashaan Evans will be much more exciting to watch. Pruitt’s laid back personality has been received, nevertheless, the former Hoover High School coach is all about creating pressure.

Forty of the Tide’s NCAA-best 52 sacks (76.9 percent) return for the upcoming season. Allen led the team with 12 sacks, while Tim Williams picked up 10.5 sacks as a third down specialist.

Alabama accounted for 157 sacks under Pruitt since 2007.

The pressure applied produced 338 pass breakups and 111 interceptions, with 12 returned for touchdowns. He’s all for affecting the quarterback; however, part of Pruitt’s return is to make the secondary more lethal. The 42-year-old inherits a position group that led the Southeastern Conference and finished 10th nationally in interceptions (19) during the 2015 season.

Thirteen of those 19 picks return in Eddie Jackson, Marlon Humphrey, Minkah Fitzpatrick and Ronnie Harrison. Regardless of losing Shawn Burgess-Becker, Maurice Smith and Kendall Sheffield to transfers, Saban and company has a fresh crop of talented players to rotate in the back five.

His hand will be involved with the inside linebackers, but ideally, he wants Alabama’s secondary to body up, show physicality, watch the ball and play with confidence against top-notch receivers.

Challenging every pass has been Pruitt’s motive whether it’s at Alabama, Florida State or Georgia.

Only once has a team completed nearly 60 percent of its throws and totaled a decent touchdown to interception ratio against a Pruitt run defense, 2012 (54.7 percent, Alabama) and 2008 (18 TDs/15 INTs, Alabama). Senior outside linebacker Ryan Anderson refereed to Pruitt as a “player’s coach” back in March. Alabama is scheduled to face Southern California on Saturday, Sept. 3 at AT&T Stadium for the Advocare Classic; a moment in which Pruitt will unveil his stamp on the defense.