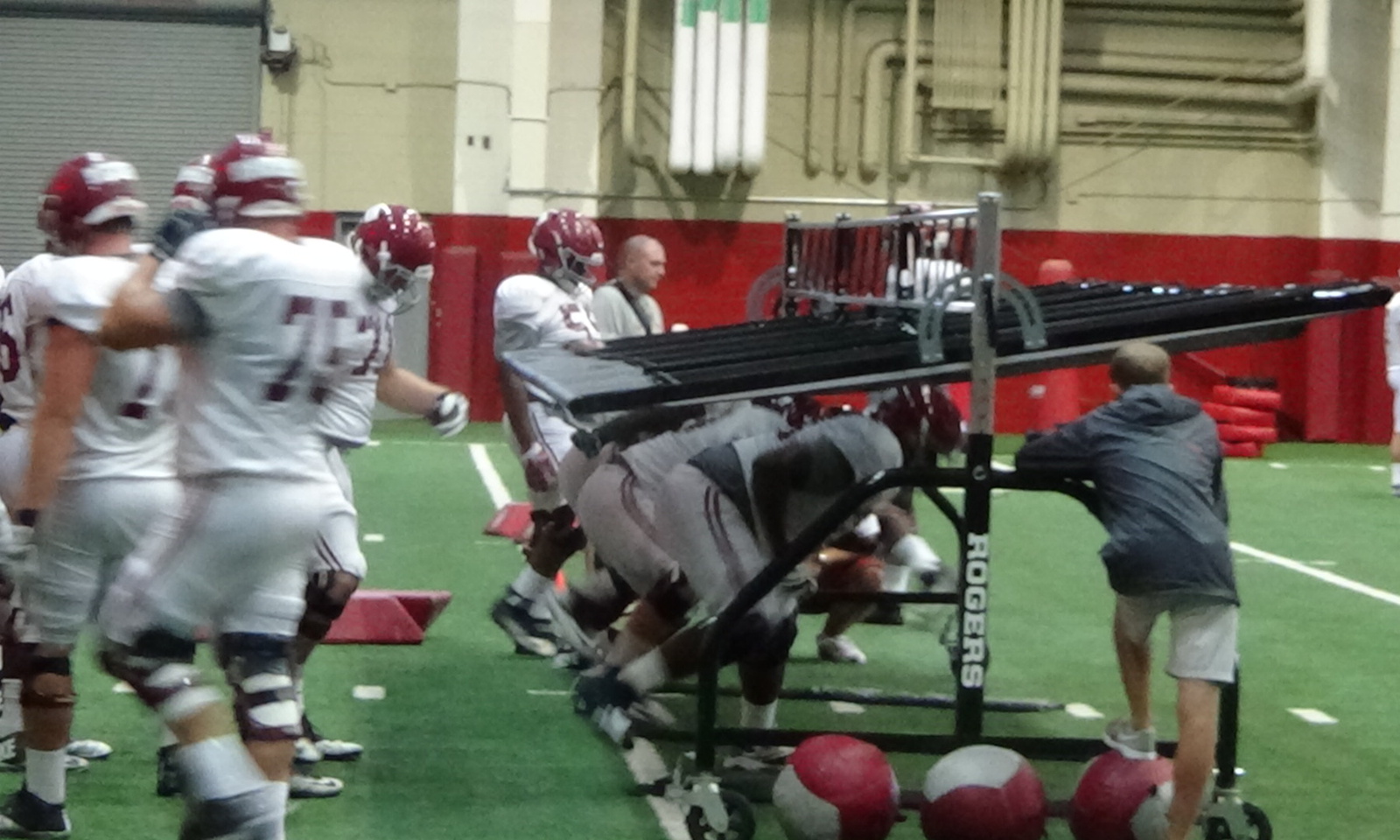 Alabama took to the indoor practice field for its final day of fall camp on Saturday. The Crimson Tide’s 21st day of work and 23rd overall session came in sunny, 94-degree weather conditions.

Listed below are notes on what occurred, as the team is in day two of work for Southern California.

-Graduate transfer wide receiver Gehrig Dieter changed his number from 14 to 11. He remains third in position drills, behind Derek Kief and Calvin Ridley in one group of wide outs.

–B.J. Emmons, who usually wears No. 6, wore No. 21 while earning reps with the first and second-team offensive line in run-blocking drills in the second of two viewing periods.

–Bo Scarbrough, Damien Harris and Emmons all ran with the first-team offense in pass-catching drills with quarterbacks. Lines for the quarterbacks have not changed since day one of camp.

–Alabama will resume practice on Monday at 3:30 p.m. to start game week.