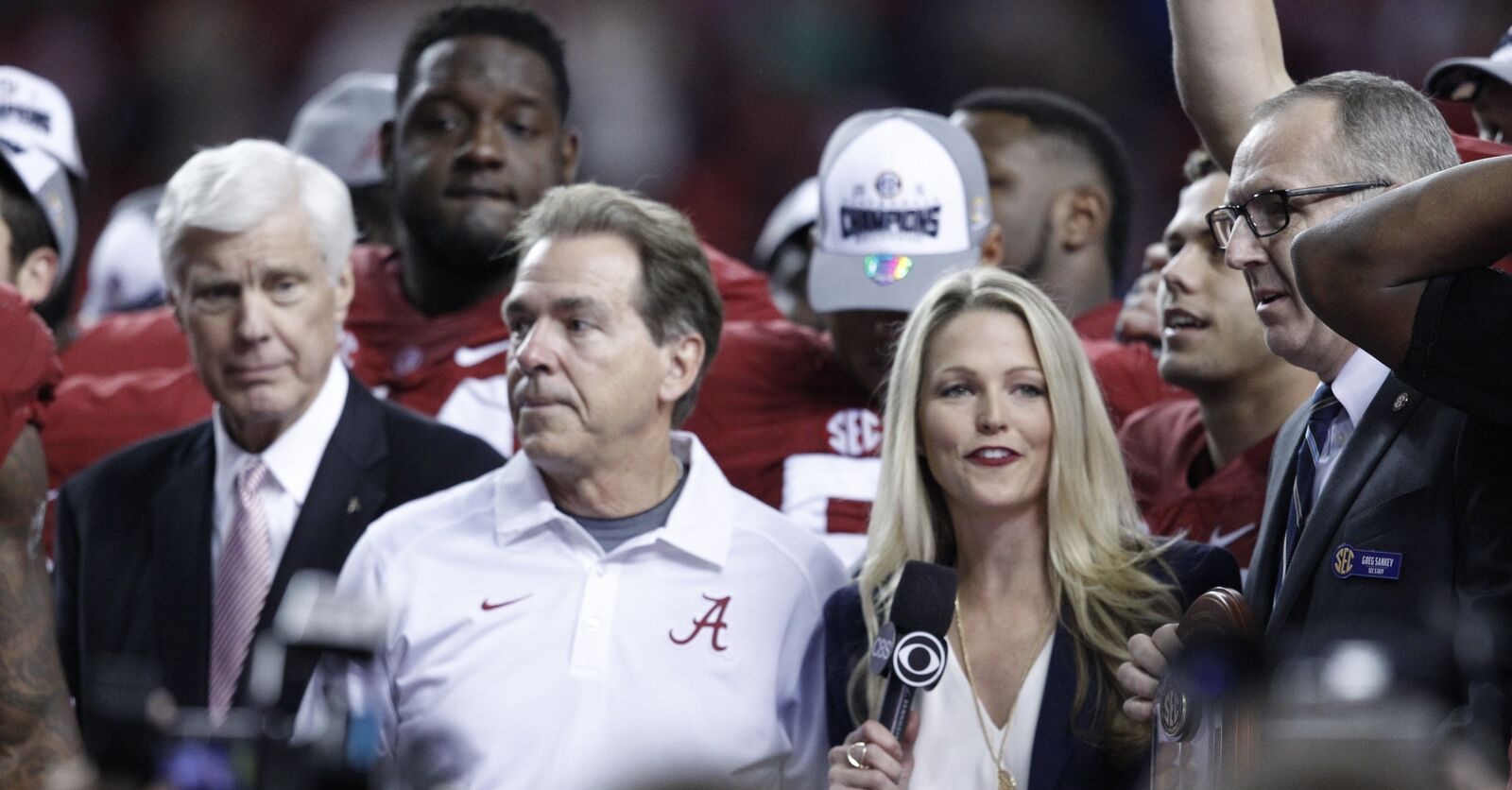 Yes, Alabama is ranked number one in the preseason, but there are still serious hurdles they have to overcome. See if you agree with the ones presented.

Yes they’re preseason ranked number one, yes they have a bunch of high value players on both sides of the ball and yes, they have Nick Saban, who’s proven himself to be the best coach in American college football, but there are still some hurdles that this team must overcome to go from preseason favorite to post season winner.

1. Depth – When Alabama ended the 2015 season, everything looked rosy in Tuscaloosa that things would continue to roll in 2016. But some highly rated high school stars have just seen too many better athletes in front of them claiming starting jobs and the transfer bug is biting the Tide.

Suddenly the Tide who seemed to have one of the best defensive backfields in America is now woefully thin. Maurice Smith would have been the starting nickle back at Alabama this season, now he’s at Georgia. Shawn Burgess-Becker is another transfer that could have helped with depth in the nickle and dime packages, now the Tide will turn to an inexperienced player and hope that he turns in a first year performance like other rookie starters have done in the past for Alabama. And if the injury bugs bites Alabama in the secondary, it could go from strong to shaky very quickly.

It’s not like there’s not talent and speed there and lord knows the coaching is in place to get all the talent from them, but defensive secondary is one of those spots where a mistake is amplified and usually paid for in points on the board against you, so this is the biggest area where depth could rear its ugly head.

While other places could be a problem, like the offensive line in injury situations, they are much more manageable.

2. Gelling the offensive line has to gel has to be hurdle number two. Anytime you have a new center, you hold your breath for a while. The center is the rock of the offensive line and they just don’t have to be physically imposing, but mentally able to see everything and be the vocal leader.

New center Ross Pierschbacher seems to have a handle on things, but he’s not been tested yet as having to be “The Man” in that role yet. Yes he was a starter last season, but he was starting at guard. No one is going to belittle his blocking ability, but can he run that line, make the quick judgement calls on blocking schemes and recognize blitz packages the defense may line up in?

That remains to be seen. Again, this is an area of depth, because behind him is J.C. Hassenauer, another inexperienced center and behind him is really no one. Saban not only has to get good play from Pierschbacher, but he has to get Ironman play from him too. He has to stay healthy all season long and when you look at just how few centers made it a whole season at Alabama without injuries, it’s really not very many.

You also have a new right tackle and at this point it’s looking like it may be Jonah Williams, a true freshman, possibly just the second true freshman to start at tackle under the Nick Saban era. While he was an early enrollee, that doesn’t help in the playing time column, especially against SEC caliber talent, so mistakes here are bound to happen early on.

3. Placekicking – In the past, Adam Griffith has clearly had highs and lows and consistency is needed in this his final season. I interviewed Adam earlier this year and he said back problems were the reasons for his inconsistencies and that this year will be his first to start the season with great health.

Too many times a game has come down to a win or lose situation all based on the outcome of what the placekicker is able to do. For Griffith to have the year he thinks he’s capable of he will need to start hot and stay that way all year.

Since the Tide lost out on bringing in a top flight kicker from the high school ranks to train, they instead got Andy Pappanastos, a transfer from Ole Miss to finish his final two years. This is good news since they lost out on kicker commit Eddy Pineiro, who flipped to Florida and then lost Mitchell Wasson who was going to walk on, but instead went to Georgia.

4. Complacency – Yes, Nick Saban has brought home titles, but how many remember that only one team went undefeated in his tenure at Alabama and that it was was the 2009 team headed up by first year starting quarterback Greg McElroy? Somehow, despite having the nation’s best team, the Tide has managed to stump its tow at least once in every season but one. The sad truth is, Alabama just doesn’t take care of their own business.

So to say that complacency hasn’t almost cost the Tide three of it’s four recent national championships and that just dumb luck hasn’t saved their butts three times is just denial. The Tide needs to take care of business themselves and take it out of the hands of others and play every game like it is the most important of the year. It’s something they’ve only done once in the Saban era. If you truly are the best team in the nation, play like it every week.

5. For the final thing to worry about, I’d bet you would think I would say a rookie quarterback, but you’d be wrong. The Tide has won three national championships with a rookie quarterback and made to the college football playoffs with another before falling in the first round.

The last hurdle the Tide must overcome this season is sticking to the process and keeping off field incidents down to a minimum. Each year, Alabama and almost every other school in division one has players that stray from the straight and narrow and are barred from valuable playing time or dismissed altogether. With the ranks already so thin in certain places, the Tide just can’t stand to have stars missing games for simple stupidity.

Such was almost the case earlier this spring when two Alabama had players dropped for an illegal substance and and what was thought to be a stolen gun in their possession. That involved perhaps their best offensive lineman and a backup defense player. Another was yet another Alabama offensive lineman who was cited for DUI, but blew 0.0 in a breathalizer test. Could you imagine this offensive line without two of it’s starters?

You want to blame the coaches in such circumstances for not having laid the law down thick enough to be understood, but the simple truth is, no coach or group of coaches can juggle 85 players, especially when they’re out of town, out after midnight or running with guys who aren’t part of the team and don’t have their best interests at heart.

That’s when it comes down to player leadership. Yes these boys look up to Saban and the other coaches, but they’ll do more for a friend and teammate than any coach in almost every case. When you have strong team leaders that hold their friends in tight accountability, that will produce the strongest results. So when Saban says he’s interested in team leaders, this is certainly one of the biggest things he’s counting on, not just gametime or practice time leadership. Those players who can keep things going well off field as just as if not more important to Saban.

With the crazy stupid defense the Alabama Crimson Tide will put on the field this season, the talent they have on offense and a veteran special team unit, these are the only five hurdles left for the Tide to overcome.