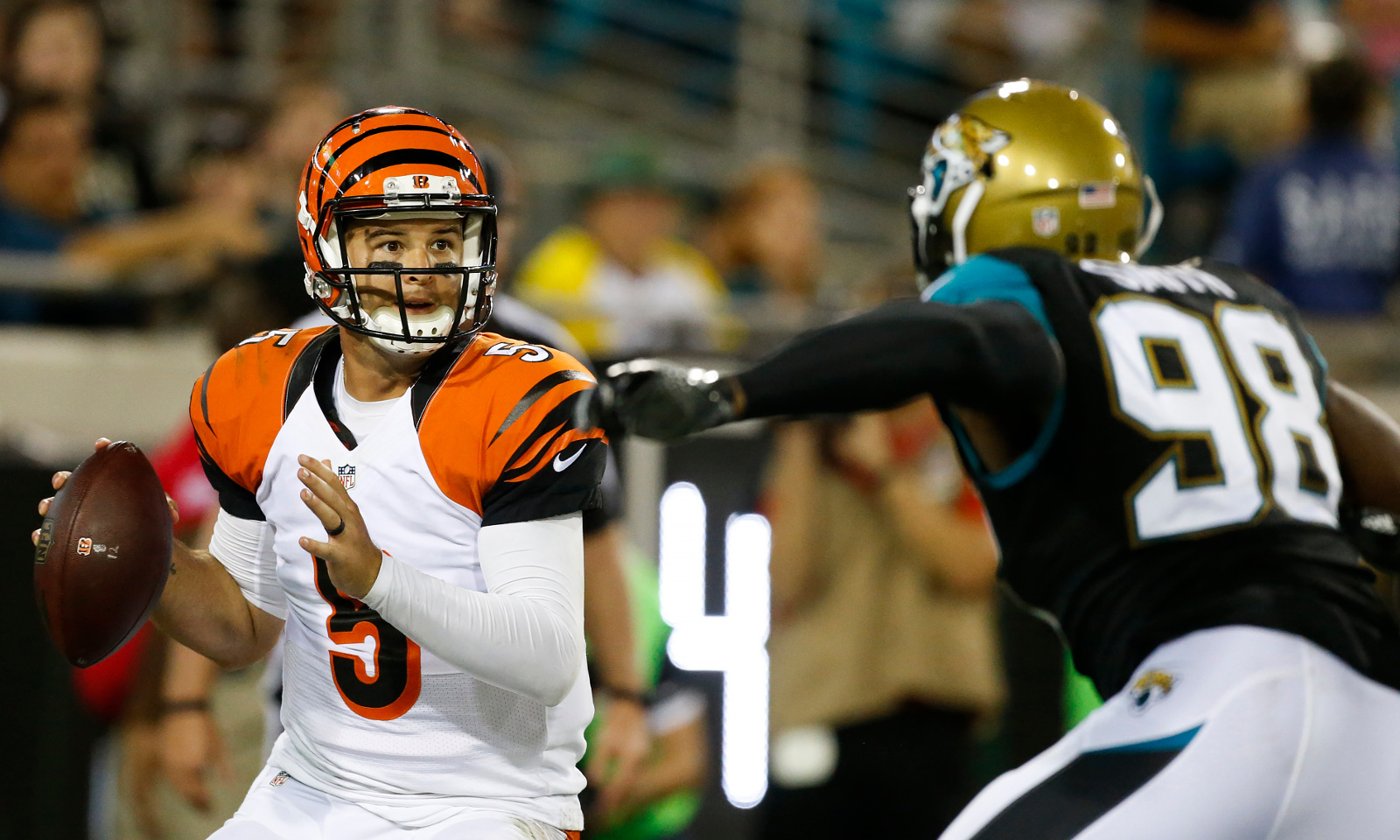 Week one of the NFL season kicks off in two weeks, and teams are still fine tuning their rosters.

Cincinnati Bengals quarterback AJ McCarron took the field on Sunday for the team’s week three preseason game against Jacksonville. The former fifth round pick continues to complete a high percentage of passes, while protecting the ball. He completed eight of 12 passes for 107 yards, including a 21-yard touchdown pass to wide receiver Alex Erickson in the third quarter.

McCarron managed to place a 53-yard go route perfectly into the hands of ex-Ole Miss receiver Cody Core, setting up his lone score of the game. Despite falling 26-21 to the Jaguars, the former Alabama standout has improved his accuracy and timing with receivers on certain patterns.

He’s hit on 29 of 43 attempts for 327 yards and three scores (three games). McCarron and the Bengals will end preseason action on Thursday, as it’s scheduled to play against Indianapolis.