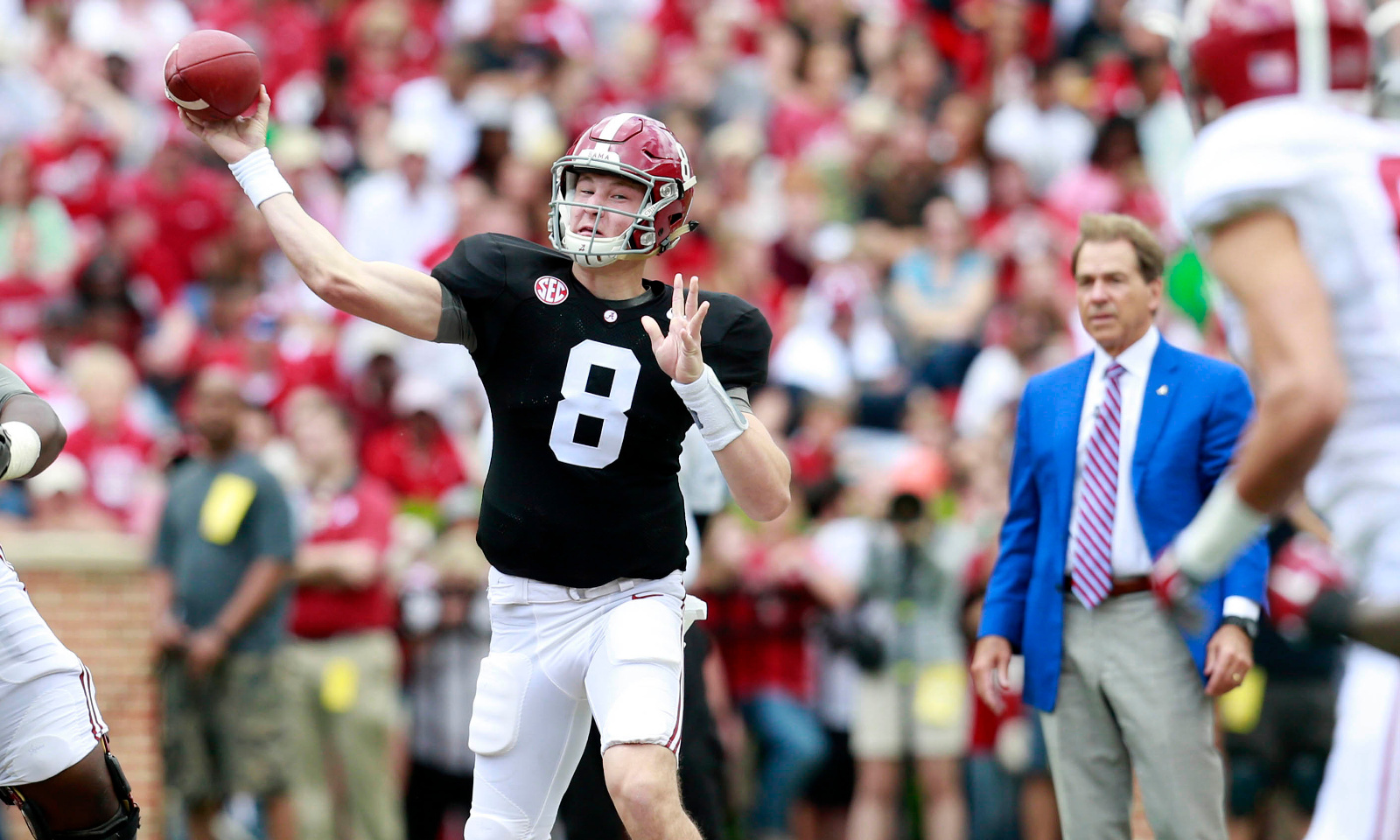 Football brings much excitement at this time of year and despite Thursday being slated as opening night, the University of Alabama kicks off  its 2016 season on Saturday at AT&T Stadium.

Head coach Nick Saban ushered in two solid recruiting classes during the last two seasons, and quite a few names from this group will see field time against 20th-ranked Southern California.

The Crimson Tide had five freshmen that really impressed its coaching staff and teammates throughout fall practice. Alabama begin implementing its game plan for USC on last week, while Saban decided to release a depth chart to the media at his game week presser on Monday.

It’s the first taste of prime time action for most of these guys since high school, but without further ado, yours truly of Touchdown Alabama Magazine lays out the Tide’s impact freshmen.

Diggs could potentially serve for Alabama what Adoree’ Jackson gives to USC. He enrolled as one of the nation’s top athletes and an elite cornerback prospect. Diggs totaled 78 receptions for 1,008 yards and 15 touchdowns at the Avalon School (Gaithersburg, Md.) as a junior in 2014.

The 6-foot-2, 185-pound athlete has earned reps at wide receiver, cornerback and safety for the Crimson Tide throughout fall camp. Saban has been pleased with his progress and with size, Diggs poses as an ideal safety. He’s listed on the depth chart as one of the primary returners on special teams, but may see time in the secondary going into the second half against the Trojans.

He was a two-way player at Kentwood (La.) High School, but Carter will make his mark at Alabama on defense. He will serve as Minkah Fitzpatrick’s understudy at cornerback and Star (nickel, dime).

The 6-foot, 190-pound defender dropped jaws during summer workouts and was productive in fall camp. A unanimous four-star recruit, Carter totaled 57 tackles and five interceptions during his senior year in 2015. Expect him to be first off the bench, spelling Fitzpatrick against USC.

Sophomores Bo Scarbrough and Damien Harris will see most of the carries, but Emmons is expected to play against USC. He possesses a mixture of speed, power and vision, but also has the work ethic that made all other running backs before him special as true freshmen.

Emmons, a unanimous four-star prospect, was rated as the nation’s top back via Rivals and ESPN recruiting networks. He recorded 6,599 career rushing yards and 101 total touchdowns in three seasons at Freedom High School (Morganton, N.C.). The 6-foot, 206-pound ball carrier is shifty, and displays strength as a pass blocker. Emmons will be a nice wrinkle against the Trojans front line.

The golden boy from California will finally get a chance under center for Alabama. Barnett was one of two quarterbacks that Saban appointed to handle much of the reps this week in practice.

He’s added 18 pounds this offseason and has a year of experience in Lane Kiffin’s offense.

Barnett obtained a career-high 3,404 passing yards and 23 touchdowns in 11 games during his senior year at Santiago High School. He has worked constantly on his game with quarterback coach George Whitfield (Jr.) and on Saturday, Barnett will face a legendary program from his home state.

Williams joins the likes of Cameron Robinson and ex-Alabama standout Andre Smith (2006-08) to earn a starting role on the offensive line as a true freshman. He enrolled in January as the nation’s top offensive tackle prospect and a five-star recruit from Folsom, Calif.

Williams impressed both his teammates and the coaching staff in spring ball, posting a 455-pound bench press and a 40-time of 5.10 seconds. The 6-foot-5, 305-pound lineman earned reps at first-team right tackle throughout spring practice and fall camp. With USC being limited on the defensive line, Williams must seize the opportunity to shield (pass block) and open up the run game.